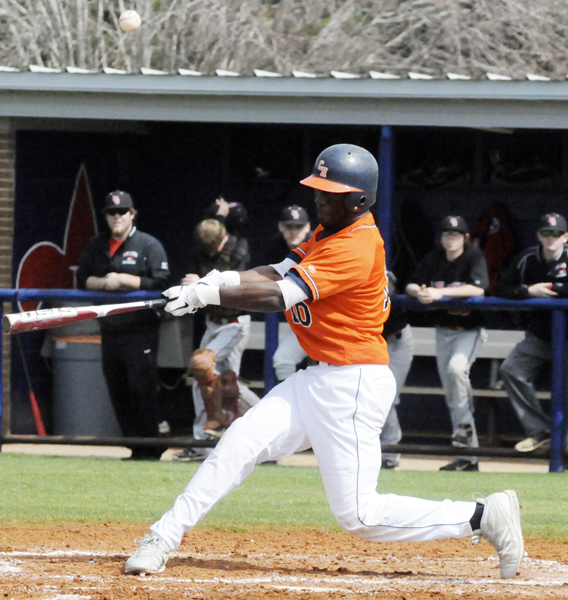 Charles Henderson started its 2012 baseball season off on the right foot by defeating G.W. Long and Jackson at Lurleen B Wallace Community College in Andalusia on Monday.

Michael Thomas’ two-out, 3-RBI triple in the bottom of the seventh lifted the Trojans over G.W. Long, 6-5.

Trailing 5-3 heading into the final inning, Trip Blackmon worked a four-pitch walk. Two batters later Jalin Lawson reached on an error followed by a Joey Denison single. After a pop out, Thomas, who finished 1-2 with two walks for the game, delivered the blow to earn Charles Henderson the victory.

“Thomas deserved that moment,” head coach Derek Irons said. “He works extremely hard and it paid off for him in that game.”

Micheal Fox was 2-for-4 in the game and also earned the win on the mound pitching three innings in relief and striking out six.

Joey Denison was 2-for-3 with an RBI and run scored.

“They battled their tails off to the finish,” Irons said. “I was really proud of the way we finished the ballgame.”

The Trojans got the bats going early in the second game against Jackson, defeating the Aggies, 11-0, in five innings.

One of many highlights of the game for Charles Henderson was Gregory Barnette’s straight steal of home in the fourth.

“Their pitcher was in the full windup and was slow going to the plate,” Irons said. “He (Barnette) just took it.”

Denison was 2-for-3 with two runs scored. Fox finished 1-for-3 with a triple and two RBI.

Luke Hastings was 1-for-1 with a 2-RBI double and a pair of walks, one with the bases loaded.

The Trojans will return to action Thursday when they travel to take on Enterprise High School. Game time is set for 4:30p.m.