For the last few moments of Pike County’s area tournament match against Opp, it looked like the Bulldogs wouldn’t be able to keep their defense up and hold the lead.

But despite Opp getting within one point with only seconds remaining, the Bulldogs held strong and took the postseason win 49-47.

“I thought we both started out nervous and slow,” Bulldogs head coach Doug Branson said. “They wanted to slow us down and we wanted to speed them up. Then in the fourth they made a run on us and we held on our press wore them down and when you get tired you don’t make good decisions. We were just able to get in there and hold on.”

From the starting gate the two teams struggled to get a foothold on the other, and with the exception of an unanswered six point run for the Bulldogs in the second that put them up 18-11 neither team was able to get more than three points on the other.

That all began to change in the fourth period though, when the Bulldogs began to put pressure on Opp, hitting rebounds and forcing turnovers to get up 48-41 in the final minutes.

Opp fought to come back and retake the lead, managing to get the score to 48-47 in the final seconds, but were unable to break through the Bulldog defense.

“We tried to press them and get them out of their comfort zone,” Branson said. “We were a little inconsistent and had spurts of both good and bad play but all in all we held on and it was good to come out with a win.”

The Bulldogs were led on offense by a combination of Marlon Meadows, whose 15 points included two three point shots, and Deshon Cowling, who connected for 12.

The win eliminates Opp from area play, and gives the Bulldogs a spot in the final game of the tournament on Monday, Feb. 13, where they will play the winner of the Luverne vs. Geneva game.

“We get to come back on Monday and all we ask for is another opportunity,” Branson said. “We knew we had a chance to continue our season tonight and we did and it’s exciting. A lot of teams won’t get the opportunity to keep playing but we’re one of the ones that will and it’s a good feeling.”

The Bulldogs will tip-off in the area final at 7 p.m. on Monday at Luverne High School. 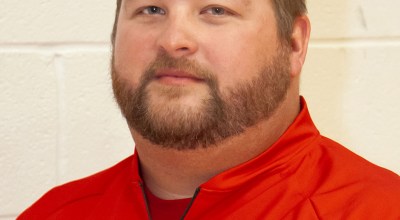 Troy looking for consistency against WKU