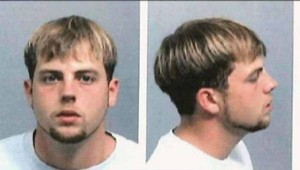 In 2001, Troy Police officers and hostage negotiators worked for four hours to calm a suspect who, at times during the standoff, pointed two handguns at his own temples.

This Sunday, the Troy incident will be mentioned in an Investigation Discovery series, Nightmare Next Door. The program will feature the Portland homicide of Amy St. Laurent.

St. Laurent disappeared from a nightclub in Maine on Oct. 21, 2001, and the main suspect in her disappearance quickly became Jeffrey R. Gorman.

Gorman voluntarily came forward to police to tell them he’d danced with St. Laurent at the nightclub, then invited her to a party at his apartment. But, when no one else showed up to the party, St. Laurent got nervous and he took her home.

About seven weeks after her disappearance, police uncovered the grey sweatshirt St. Laurent was wearing the night she was last seen. It was buried and caked in dirt.

Police in Maine didn’t have enough evidence to arrest Gorman, so he fled south to Troy.

“When they contacted us about wanting him picked up on a fugitive warrant, there were some strong feelings that he knew something about her disappearance,” said former Troy Police Chief Anthony Everage.

A news release from 2001 said that authorities in Maine contacted Troy Police, noting that Gorman was in violation of his probation and although he’d not been charged with St. Laurent’s murder, they also needed to speak with him about that case.

Troy Police arrived at a home on U.S. Highway 29 in Troy in the early afternoon hours of Dec. 12, 2001, where they heard Gorman might be. Gorman was at the home, but refused to come outside. The police department’s tactical team was called to the scene to help get everyone inside the home out safely. Other officers blocked off the road.

Trained negotiators from the police department worked to get Gorman to surrender. He had two small caliber handguns, which he pointed at his head.

At about 7 p.m., Gorman surrendered to Troy Police without further incident.

“It was a stressful afternoon,” Everage said. “We didn’t know what the situation might end up being.”

Sgt. Benny Scarbrough said local police would have been happy to aid another agency, even if it didn’t mean a mention on a national television program this weekend.

“We have a job to do and we like to see when it’s resolved in this manor, when the suspect is in custody and the justice system has worked,” Scarbrough said.

The Nightmare Next Door episode about the St. Laurent case will air this Sunday at 8 p.m. on the Investigation Discovery Channel.

“It will be interesting to see if it actually portrays the facts as we know they happened here,” Everage said. “Our folks were well-trained and prepared and they all did their jobs well. There’s only a certain amount of time to get things on the air, so a lot of times things get left out.”

Gorman’s mother testified that he confessed to St. Laurent’s murder and he is currently serving a 60-year prison sentence.

Three weeks after his father died of a heart condition, Kimball Stacey was diagnosed with his own heart problem. “He... read more