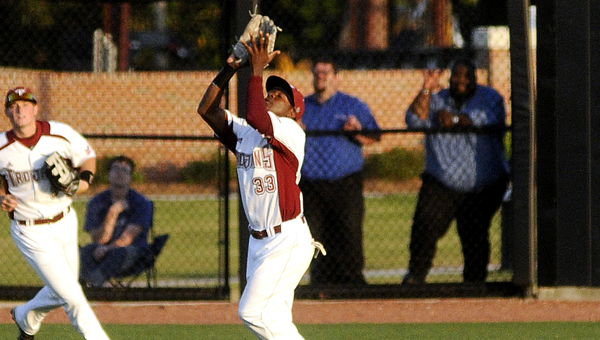 EDITOR’S NOTE: This is the first of a three part series previewing the Troy Trojans baseball team.

With the baseball season less than two weeks away, Troy is hard at work preparing to defend its regular season Sun Belt Conference championship.

Coming off a 43-17 campaign and a NCAA Regional Tournament berth, the Trojans will look to not only return to the Road to Omaha, but pass a few more mile markers along the way.

Head coach Bobby Pierce feels this year’s team has more outfield depth than ever before and could prove a defining factor in the Trojans season.

“This might be the best depth we’ve had in quite some time,” he said. “We have some combinations and versatility that we have not had in the past.”

Troy will look to rotate seven to eight players during the season in an attempt to keep the hottest players active.

“All of our outfielder have shown an ability to contribute,” Pierce said. “A good problem to have, I guess, is finding ways to get all our guys in there.”

Anchoring Troy’s outfield will be senior Josh McDorman in centerfield. The Niceville, Fla., native made 26 starts for the Trojans last season, batting .274 with 10 doubles and seven RBIs. McDorman will also be called upon to bat in the middle of Troy’s lineup.

Boone Shear, a senior from Pensacola, Fla., will get the nod in left. Shear played in 40 games in 2011 but finished with just a .250 average. Shear showed the ability to elevate his play, however. In Sun Belt play he batted .294 and posted a slugging percentage of .559.

True freshman Jo-El Bennett, a Houston Academy graduate, will be in the mix in left and center as well. At 6-2, 185 pounds, Bennett is primed to contribute in his rookie season with the Trojans. Bennett was drafted in the 11th round by the Pittsburgh Pirates but opted to attend Troy. He hit .523 as a senior and was a two-time Under Armour All-American.

Chase Mathis and Hayden Hilyer will also see extended time for the Trojans. Redshirt freshman Clay Holcomb is regarded by coaches as the fastest player on the team and has vastly improved his defensive skills heading into the season.

Bahamian sophomore Ali Knowles is viewed as one of the best defenders to play for the Trojans but needs work offensively to become a more all-around contributor. The left-hander made 52 appearances for the Trojans last season, batting .274 with seven doubles and 14 RBIs. He started 23 of Troy’s 30 Sun Belt Conference games.

The Trojans open with Central Michigan on Feb. 17 at Riddle-Pace Field.