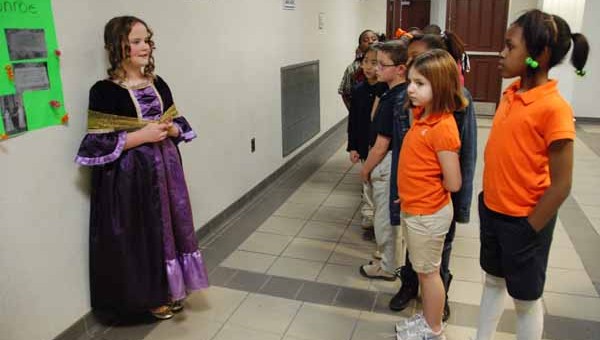 President Barack Obama and First Lady Michelle Obama greeted visitors to the school and Edith and Theodore Roosevelt were just a little further inside.

Students in TES 5th-grade classes portrayed “wax museum” versions of U.S. presidents and their first ladies that came to life when a museumgoer pressed a button near a “statue.”

Once activated, students recited information about their characters.

“I have been really impressed with them,” said teacher Lytelia Berry. “The kids have been so excited about getting their costumes and really becoming their character.”

Teachers in four classes assigned roles to students who then had to research their president or first lady.

Lendon Adamson, 10, said she didn’t know much about Edith Roosevelt before the project.

“I learned a lot about her,” Adamson said. “I like that she had five children.”

Adamson said her grandmother helped out with her costume by providing the hat, shawl and making the skirt.

“I like it,” Adamson said as she twirled her skirt a bit.

Although she said she was nervous at first, Adamson said she’d had a little practice since the “museum” opened Wednesday and she’d gotten more confident.

“I like to see all the different people come in and press our buttons,” Adamson said. “I got to see them do this last year, and this year it’s fun now that it is my turn.”

Berry said she believes the program, now in its third year, will continue.

When there were fewer children participating, teachers had allowed them to pick characters that inspired them. However, since all four classes were joining in this year, it worked out to use most of the 44 presidents and their first ladies as characters. Two students were also museum curators.

“This has been the best year, yet,” Berry said. “The kids are so serious about it. They are trying to be so still. You can tell they are really proud of what they’ve done.”

The students will reprise their presidential roles for the public at the Hank Jones Early Childhood Center in Troy at 6 p.m. Thursday. 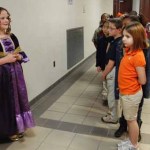 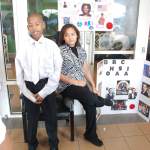 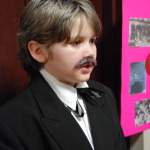 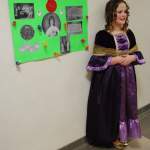 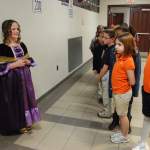 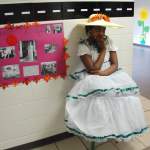 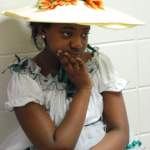 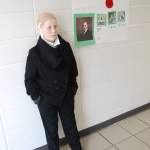 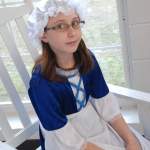 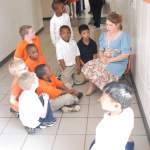 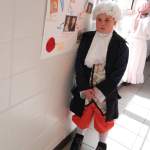 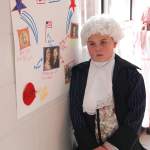 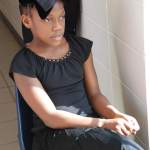 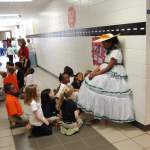 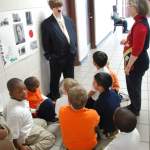 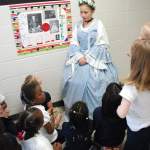 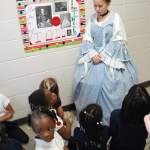 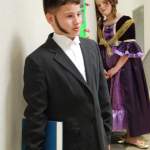 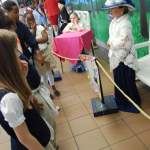 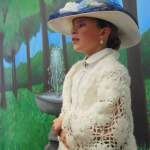 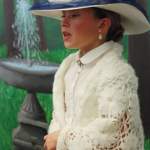 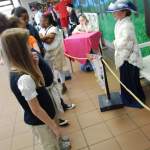