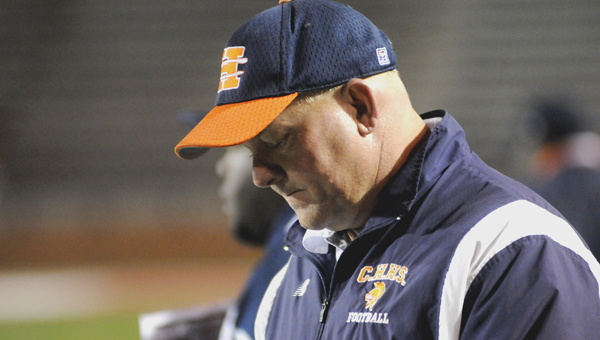 After 16 seasons as athletic director and head football coach at Charles Henderson High School, Hugh Fountain has decided it’s time for a change.

Fountain will retire from his position at Charles Henderson effective July 1, which will go before a Troy City Board of Education vote for approval.

“It has been 16 great years here,” Fountain said in an exclusive interview with The Messenger. “The greatest thrill I’ve had has been the relationships with the players.”

Fountain was hired in 1996 following a 0-10 campaign the season before and led the Trojans to a 106-67 record in his time. Under his watch, Charles Henderson reached the playoffs 10 times, advancing to the second round four times and the third round once.

Many players have moved on to play at the collegiate level under Fountain’s direction, most notably Zac Etheridge, who won the 2010 National Championship as starting safety for Auburn. In 16 seasons, 50 players signed athletic scholarships to attend college.

“I’m thankful for all the people who helped make this program what it has become,” Fountain said. “I am very proud of all those who have been a part of this program through the years.”

Before joining the Trojans, Fountain served as head coach at W.S. Neal for seven seasons from 1989-1995 and at Evergreen in 1988.

“When I look back, there is not one bad memory of being here,” Fountain said. “The coaches that have come through here have been outstanding. They have been great for the program and for the kids. The relationship between the coaches and the kids is what is most important.”

Fountain’s last season was likely the most difficult in his career. The team endured through hardships such as deaths of both offensive linemen Ronnell Moore and longtime defensive coordinator Tyrone Black.

Fountain said he is weighing his options for his future endeavors but left the option of coaching again open.