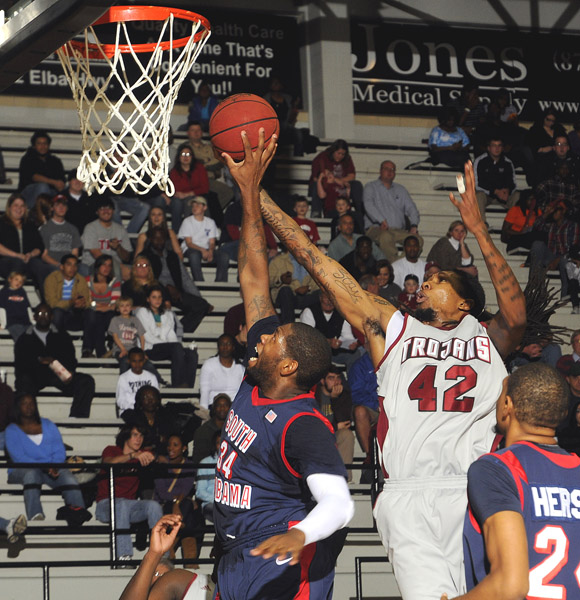 Facing a record-setting performance by South Alabama guard Freddie Goldstein and poor shooting, Troy fell at home to the Jaguars 75-60 on Saturday.

Goldstein set a new school record with nine 3-pointers. He would score 30 points on the night to lead the Jaguars.

“You just have nights like this,” said guard Justin Wright. “We just didn’t take care of what we needed to.”

Troy pulled to within five on an Alan Jones jumper with 8:19 left in the game but a 8-0 South Alabama run would ensue to help the Jaguars pull away.