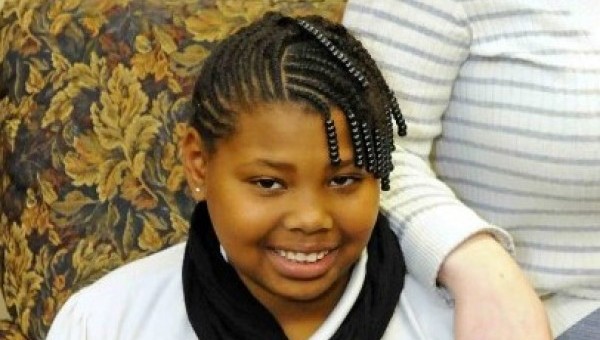 The words would sting for anyone they were directed toward, but for a 12-year-old girl, the hurt is compounded with other emotions that come from being a pre-teen.

“It’s every day at school, said Taliya McNabb. “It makes me sad.”

The bald comments began in 2009 when Taliya was diagnosed with kidney cancer. After seven months of chemotherapy and two months of radiation, Taliya lost her hair.  The disease has been in remission since Aug. 6, 2010, and the child’s hair has grown back, but the hurtful words didn’t stop.

“She doesn’t even feel the need to tell teachers anymore,” said Mazaria McNabb, Taliya’s mother. “She has gotten to the point where she is withdrawn. She just shut down and doesn’t want to participate in anything.”

“The teachers tell me that they will get them to stop, but they never can,” Taliya explained.

The only time the Charles Henderson Middle School student feels relief during the school day is when she is in band.

“There are nicer people in there,” Taliya said of her band classmates. “They get picked on, too, I think.”

Taliya told her mother she isn’t alone in her situation. There is a boy at school who is also being made fun of.

“He told me he might kill himself,” Taliya confessed. “I asked him why and he said it was because he was being bullied.”

Mazaria said she contacted a school guidance counselor to alert her to the statement the boy made, and she has also spoken with the counselor about Taliya’s situation. Mazaria said the school has been compassionate, but she feels putting an end to bullying has to start at home.

“You have to sit down and talk to your kids,” Mazaria said. “You have to explain that you never know what someone else is going through and you can very well push them to the edge to harm themselves or others. Kids have to know their parents won’t tolerate the bullying.”

Charles Henderson Middle School Principal Aaron Brown III agrees with Mazaria. He said parents are the solution to cracking down on bullying.

“We do the best we can to instill pride in students,” Brown said, adding the school provides group counseling sessions and programs to empower youth and build self-esteem. “I truly feel like more parental support would definitely make a difference. That’s not just at CHMS. That is nationwide.”

Brown said that he encourages students, parents and teachers to report bullying. He said the school district has a zero tolerance policy for harassment.

“We have a lot of students who don’t report acts of bullying because it’s just not cool,” Brown said. “If you don’t report it, it becomes extremely difficult for everyone who is working toward eliminating bullying to confront bullies. We want to snap this out wherever it rears its ugly head.”

Taliya has dreams of being a pediatrician at a children’s hospital one day. She said she was inspired by her own doctors and now wants to help other kids. But before she gets to college, Taliya is wading through a world of torment from girls at her school. “I just put my head down and try to make it go away,” Taliya said.

“I don’t think parents really understand how serious bullying can be because nothing horrible has happened close to home,” Mazaria said. “We have to keep it from happening here. Parents need to talk to their children about how they hurt other people.”

Mazaria said she can’t help but feel angry about the way her daughter is being treated. And that passion has become a motivator. “My child will not be a statistic. She will not be a child who commits suicide or is on drugs or hurts other people,” Mazaria said. “I am taking this seriously. If I have to go to the paper, to the school board or to the governor, they are going to hear me.”