A white male and white female are being held by police after lawmen responded to a shoplifting call at the Walmart in Troy on Monday.

The incident was under control quickly, according to Troy Police Sgt. Benny Scarborough. Dispatchers received the call at about 3 p.m., the suspects left the general merchandise side of the store at 3:15 and officers had stopped the suspects’ red chevrolet car by 3:19 at the Murphy USA gas station in front of Walmart.

A Walmart employee at the scene said she couldn’t comment on the incident.

The suspects have been transported to the Pike County Jail.

Scarborough said he did not have specific charges for the suspects, yet, but the male was also wanted in Covington County for probation violation.

PHOTOS FROM THE SCENE 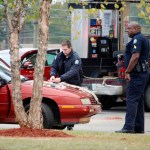 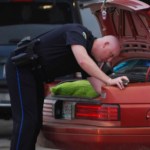 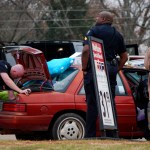 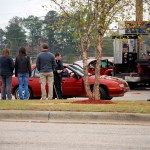