Three Troy police officers were promoted recently after years of exemplary service to the city.

“We pride ourselves on hiring the right kind of people that we believe will serve the citizens of Troy in a way they can be proud of,” said Troy Police Chief Jimmy Ennis. 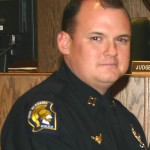 Newly-appointed Capt. Danny Barron began working with the Troy Police Department in 1991 as a part-time jailer before he even graduated from Charles Henderson High School. In 1992, Barron became a full-time jailer and was later transferred to the Communications Division as a dispatcher. Barron became a patrol officer for the police department in 1996, was promoted to patrol sergeant in 2002 and became a patrol lieutenant in 2006. As of Dec. 1, 2011, Barron is the captain overseeing the Criminal Investigative Division. He has served for 11 years on the Emergency Response Team and will attend the FBI National Academy in January. 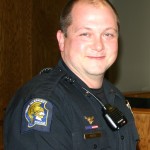 Bryan Weed is now a patrol lieutenant for the police department. Lt. Weed was hired in 2004 as a patrol officer and in 2006 was assigned as a narcotics officer to the Criminal Investigations Department. Weed transferred to the Patrol Division in 2001 as a patrol sergeant. He has served on the Emergency Response Team for 5 years. 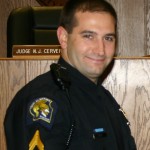 Matt Raiti started his career with the TPD as a patrol officer in 2006, and in 2010 he was assigned as a field-training officer. Sgt. Raiti was promoted to patrol sergeant, just last week.

“It’s rewarding to see people come in and perform and be an asset to not only the police department, but the City of Troy, as well.”

Jackson to ring in the holiday season with concert

The Troy Arts Council welcomes back Shelia Jackson and Company to its annual Christmas Concert Friday night at the Claudia... read more