Hosts Wes Johnson and Ryan McCollough give their thought on last week’s monster games between Charles Henderson and Eufaula as well as Zion Chapel and Goshen.

They also give their thoughts and predictions on the the games coming up in the final week of regular season prep action.

Trojan Sports Now hosts Jonathan Sellers and Danielle Percival stop by to talk Troy Trojan football and what can be done to turn their season around. 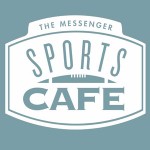