Charles Henderson, Goshen, and Zion Chapel headline tonight’s action as the season winds down and teams prepare for the postseason.

Here is a look at the area’s prep action tonight. All game times are set for 7 p.m.

The Trojans have been looking forward to this game all season. The team are very similar in offensive styles.

Charles Henderson’s coaching staff feels the game will be won or lost in the trenches as both lines will play a key factor in the outcome.

The Trojans look to avenge the 43-21 beating the Tigers handed them last season.

In the final home game for the CHHS seniors, look for a little added emotion and concentration from a team hungry for a successful playoff run.

Both teams have a lot riding on the result of this game. Goshen can help their chances of earning a first round home game and Zion Chapel can secure their berth without having to watch the Samson-New Brockton scoreboard.

LaMarcus Adair will return for the Rebels after sitting out last week’s game with an injury.

Even with a victory, the Eagles could fall to the third seed with a Highland Home win over Calhoun.

Pike Liberal Arts is out of the playoff picture for the first time since 2006 but would like nothing more than to wrap up their region schedule with a win over rival Lee-Scott.

The Patriots defeated the Warriors last season 21-6 but that Lee-Scott team finished 3-7.

This will be the Bulldogs final shot to pick up a win as they host the Geneva Panthers.

Geneva is 1-7 this season with their lone victory coming against Dale County, who topped Pike County 7-6 in week three.

The Bulldogs are 7-9-3 all-time against the Panthers and are looking to avoid going winless for the season since 1968. 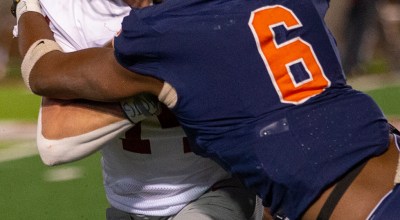