Charles Henderson High School students and faculty are grieving the loss of a beloved coworker and coach. 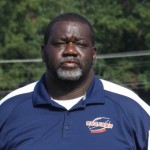 Faculty and students regarded Black as a great role model and a dedicated coach.

“Any coach hopes for the bond Coach Black had with his players,” David Helms, former CHHS and CHMS principal and current Director of Instructional Support and Operations said.

Black, who had been a member of the Trojan football coaching staff for 16 years, touched the lives of many who played for him.

“He helped me become the person I am today,” said former Charles Henderson and current Troy University center Zach Swindall. “For a lot of us, he was like a father figure.”

Serving as defensive coordinator for the Trojans, Black was a constant on the sidelines. Known as a tough yet fair leader, the coach was respected by all who surrounded him.

“He was a special man,” Helms said. “He wanted to do right by kids and football was his avenue.”

While deeply saddened, current players feel their team unity will help through the difficult time.

“This is the most closely knit team I’ve been a part of,” quarterback Joe Bradley said. “Coach Black led by example and his example will help us be strong in times like these.”

The team hit the practice field only hours after hearing the news. Though the atmosphere was subdued, Bradley feels practice is where Black would have expected the team to be.

“It actually helped to clear our minds,” he said. “We could have gone home and taken the day off but Coach Black wouldn’t have liked that at all.”

This has already been an emotional year for the Charles Henderson football team.

In June, senior offensive lineman Ronnell Moore died in a car accident. Moore was a team leader and well liked by his teammates.

“In a lot of ways, Ronnell and Coach Black had the same type mentality,” Bradley said. “They both loved this team and wanted everyone to be the best person they could be.”

“We will come together like we always have,” Bradley said. “We’ll go out there and point towards the sky and play for Ronnell and now Coach Black.”