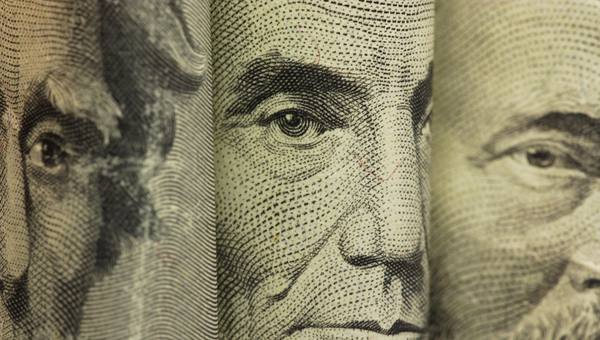 Steve Garrett, owner of the Piggy Wiggly Highway 23, said a black male of average size and in his mid- to late-50s purchased a six-pack of beer and paid with a $100 bill.

“The man started asking questions probably trying to get the cashier confused or distracted,” Garrett said. “She checked the bill with a counterfeit pen and, according to the mark, it was not a counterfeit.”

The man left the store but the more the cashier thought about the bill, the more unsure she was. After looking more closely, she saw that the portrait didn’t match the watermark on the right corner of the bill.

“Benjamin Franklin was the portrait but Abraham Lincoln was sitting over there in the corner” Garrett said.

It was that odd combination that tipped off Laterah Baxter, a longtime cashier at the Brundidge Piggly Wiggly.

“When the man handed me the $100 bill, I noticed that his hands were shaking like he was nervous,” Baxter said. “I first noticed that the colors on the bill were a little blurred. I held the bill up to the light and I saw that there were two different faces on the bill.

“I took the bill to the office and showed it to Adam (Garrett) and he said that it couldn’t be real. When Adam stood up, the man ran from the store.”

However, Garrett said the watermark in the right-hand corner will be that of the original bill.

“If the portrait and the watermark don’t match, it’s counterfeit,” he said.

Video surveillance tapes at both Piggly Wiggly stores are being used to help police identify the individua(s) involved in the counterfeit money exchange at those stores.

Scarbrough said counterfeiting is a crime of forgery first degree.

Merchants are encouraged to contact local law enforcement with any incidents of counterfeit money being exchanged.