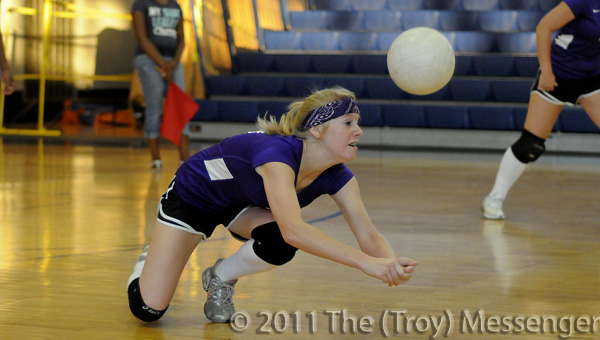 The Charles Henderson High School Lady Trojans overcame a sluggish performance Monday in a loss to Ariton to defeat Pike County in straight sets Tuesday by scores of 25-6, 25-9, 25-18.

Leading the charge was Becca Hartley and Olivia Hudson. Hartley finished with five kills and two aces while Hudson has six kills and two blocks.

“We played better today,” head coach Jennifer Sikes said afterwards. “I don’t think they were happy with the way they played against Ariton and carried that attitude into today.”

Lizzy Owens picked up four kills and a dig in the winnig effort for the Trojans. Melissa Kennedy also had a nice match with four kills, two digs, and three aces.

“We were a lot more aware today,” Sikes said. “We saw holes and attacked them.”

Both teams will hit the road Thusday. Pike County travels to Opp while Charles Henderson will head to Clayton to play Barbour County.