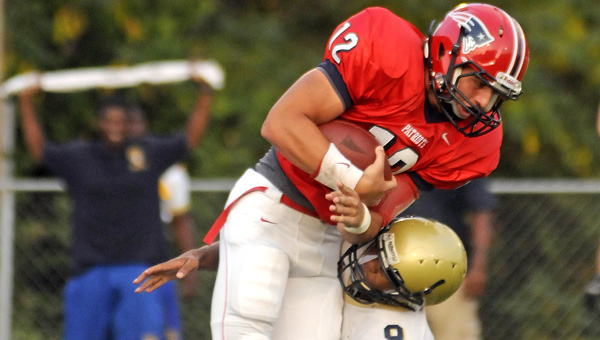 Area teams continue region play tonight and several of the matchups could make or break this season.

Courtney Downing has carried the load for the Trojans thus far in 2011. The running back has accumulated 328 yards on 41 carries, an average of eight yards per carry.

Charles Henderson will look to continue to pound opponents on the ground this week against B.T. Washington. With a win, the Trojans could put themselves in prime position to compete for a region title.

The No. 6 Patriots aim to rebound from last week’s 34-28 loss to Macon-East. They will look to do so against a formidable foe. The top ranked Monroe Academy Volunteers pay a visit to Dwight Ward Field in a matchup of perennial powers.

Two-time defending state champion Pike lost to Monroe twice last season including in the playoffs. The Volunteers then fell in the state championship game to Ft. Dale.

The Patriots have never defeated Monroe in four tries. The Volunteers were a AISA 2A power for years before making the move to 3A in 1998.

Goshen needs a victory against Red Level to stay alive in Class 2A Region 2.

The Eagles played a hard fought contest with No. 1 Elba last week falling 26-12. Goshen will look to carry defensive momentum into tonight’s game and come away with their first victory of 2011.

Like Goshen, Pike County finds themselves in an earlier make-or-break game.

Both Pike and Dale County are 0-2 to start 2011 and need a win to keep their playoff hopes alive.

The Bulldogs need to get their offense going and personnel changes made by the coaching staff could help do just that.

Coach Mike Waters is keeping the Rebels attention on the task at hand and is putting a huge emphasis on tonight’s game.

Running back Dustin Riggsbee will attempt the carry the Rebels into early contention for a region championship.