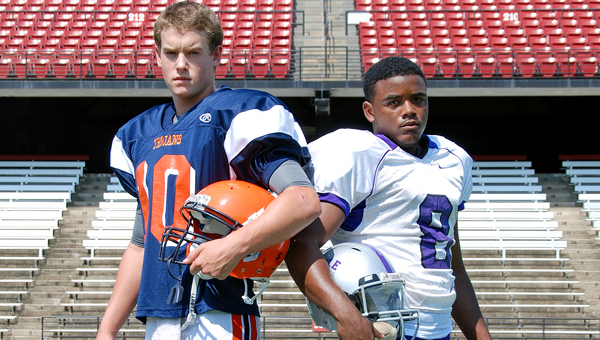 For many in Pike County the football season starts today.

“It’s not just a practice game to us,” CHHS head coach Hugh Fountain said. “We will be playing a lot of different guys but we obviously want to win the game.”

The Trojans defeated Pike County last season 27-12 and have out scored the Bulldogs 100-32 the past three match-ups. Pike County reeled off three consecutive victories in the game from 2005-2007.

Fountain knows the history between the two schools and looks forward to the meeting every year.

“It’s good for both schools, cities, and communities,” he said. “It’s important to the players and families also.”

Pike County head coach Rodney Dollar may not be as familiar with the rivalry but he is familiar with Charles Henderson. Dollar spent four seasons at Tallassee, a region opponent for the Trojans.

While with the Tigers, the coach racked up a record of 29-14 reaching the playoffs each of his last three seasons.

Over his 17 seasons as a head coach, Dollar has only three losing seasons, two of which were in his first year at both Houston Academy and Tallassee.

Dollar will have more than enough talent to win in his first season in Brundidge. Dollar’s only concern is with consistency of play.

“We’ve got good talent,” Dollar said. “We are young in some places but if we can pull it all together I think we can have a nice season.”

Pike County’s winning reputation is one of the main reasons Dollar took the job.

“Obviously, the expectations here are big. There were years when Pike County went to the playoffs but didn’t make it to the championship game and that was a disappointing year. I want to win championships.” 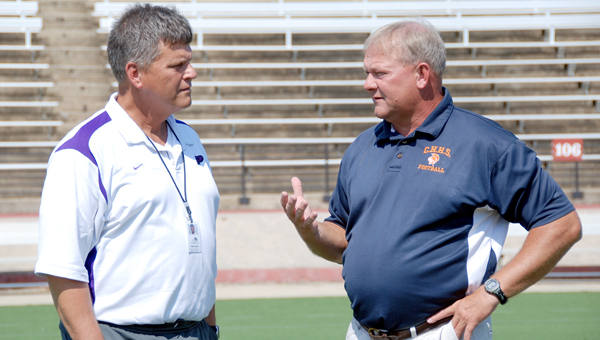 Dollar brings his signature Wing-T offense to Brundidge but don’t be fooled the Bulldogs will also spread the ball out making it tough to gameplan as an opposing coach.

“It’s tough on a defense when a team spreads out an throws it all over the place then pulls in tight and tries to run it right at you,” said Fountain of Dollar’s stylings.

Fountain has several things he is looking to find out about his team. Most importantly, whether running back Courtney Downing can carry the load as the Trojans primary weapon.

“I know he is a very hard worker,” Fountain siad. “He has been really working to get himself ready for this season to try and help this team.”

With the Trojans losing the vast majority of their offensive fire power from last season’s 6-5 season, Charles Henderson will be looking for a steady playmaker to lean on in 2011.

Quarterback Joe Bradley has the ability to make big plays as well but his pocket-passing style will be a change from the more mobile type of QB the Trojans are used to.

“It will be interesting to see how we react as a team to having a guy that like to make plays out of the pocket instead of with his feet,” said Fountain.

Dollar has a couple of playmakers of his own. Marlon Meadow will take the snaps for the Bulldogs in 2011 and is very comfortable with the offensive philosophy.

Tyshin Dawson returns to lead the ground game for Pike County and gives the Bulldogs an option when Dollar wants to grind the ball down the field.

Defensively, both teams have a ton of youthful talent  and Fountain feels the future could become more interesting between the rivals.

“Both teams are going to be very strong on both (offensive and defensive) lines in the years to come. We’ve got big, strong guys coming up and so do they.”

Pike County kicks off their regular season with a road trip to Notasulga on Aug. 26 while Charles Henderson plays host to Beauregard.