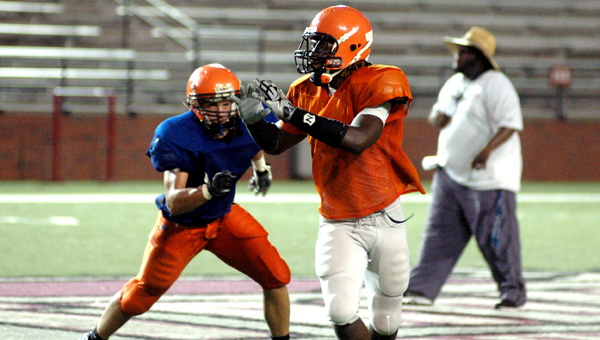 Charles Henderson found out a little more about themselves Friday night in a controlled scrimmage at Veterans Memorial Stadium.

“I wanted to see how we would do stretching them out a little,” the coach said. “We wanted to get some guys some extra touches and see what they could do.”

The Trojans practiced for about an hour working mostly on position specific drills before running through about 30 plays.

Special teams was another area Fountain wanted to test.

“We needed to make sure our personnel is the way we want it.”

CHHS will suit once again today but this time for picture day. The Trojans will rest over the weekend before hitting the practice field again Monday.