Wright ready to make a difference 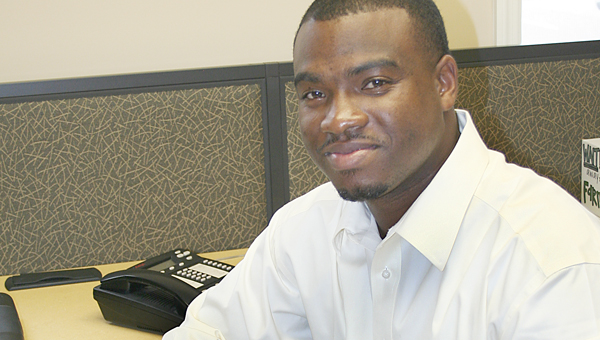 Willie Wright’s goal as principal of Pike County High School is two fold – to make a difference in the lives of the students under his leadership and to be the best high school principal that he can be.

Wright is retuning to Pike County High School after serving a year as principal of Pike County Elementary School.

He was assistant principal at PCHS for five years before accepting the principal’s position at the elementary school.

“To be honest, I wasn’t sure about making the move to the elementary school,” Wright said. “But I fell in love with the kids there. Pike County Elementary has a great group of teachers and staff and very supportive parents. The parents recognized the need for air conditioning in the gym. Mrs. Isabell Boyd spearheaded a fundraising effort and the air conditioning system should be installed by the time school starts. That shows what can be done when people work together for a common goal.”

That’s the same kind of parental support that Wright hopes to cultivate at PCHS.

“I know the kind of kids we have at PCHS and the kind of parents and I do expect great things,” he said. “That’s why I’m so excited about being back at Pike County. It’s just where I want to be.”

Wright graduated from Jeff Davis High School in Montgomery but he is originally from Grady. He and his two brothers played on World Series teams in Troy and he is a graduate of Troy University. Those factors coupled with and his six-year tenure at Brundidge schools make Wright feel right at home in Pike County.

“I love Pike County High School and I love the kids and the community,” he said. “I’m honored to be the principal of PCHS. It’s a close-knit school and the community is extremely supportive of both the elementary and high schools.”

Wright said his vision for PCHS is to provide opportunities for the students to achieve academic success and, upon graduation, to be able to take their place in the work world and be productive citizens.

“Pike County High School has received many awards for academic achievement in the underprivileged school population,” Wright said. “The Pike County Schools provide opportunities for success for all students because we plan and work to build character.”

And, Wright holds the key to academic success.

“Discipline is the key to success and we expect and demand discipline in the classroom,” he said. “I’ve got some big shoes to fill. Dr. Mike Hall did a lot of good things at PCHS and I looked up to him. And, I’m going to apply what I learned as I work though my first year at the high school.”

Wright that he understands that every day will not be an especially good day. There will be problems that arise that will take innovative thinking to solve and there will be others that he can solve by drawing from past experiences.

“I want to show love and caring to the students,” he said. “This is a diverse community and that will take a lot of thought and understanding. And, I want the students to accept the fact that life is not fair but also know that they can achieve if they have a good education and display good character. Life is not always fair but you can achieve. At Pike County High School we are achievers.”