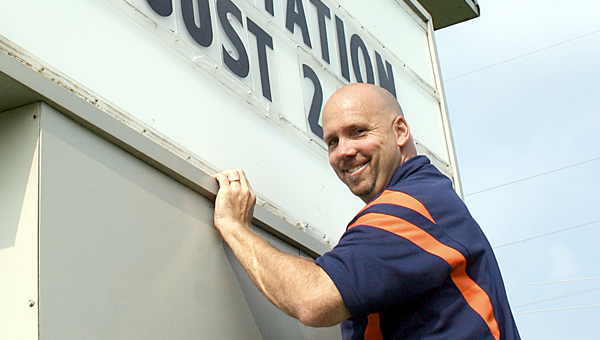 Editor’s note: This is part of an ongoing series profiling new campus principals in Pike County.

Dr. Boyd English comes to Charles Henderson High School as its principal with one thing in mind – to teach for character and success.

“My focus is and will always be on the kids and on teaching for character and success,” English said. “It does matter the image that we, as representatives of Charles Henderson High School, present. I want our kids to represent themselves, their families, our school and our community is a positive light 24 hours a day, seven days a week. The image that we portray separates us from other schools. We are Charles Henderson High School.”

English views education as a building process, as a product that the school sells.

“The process starts in kindergarten and culminates with graduation and is successful if we have adequately prepared our students for college or for work. Education is a huge responsibility and I take it seriously.”

“Mr. Hicks has a clear vision of what he wants for the Troy City Schools and it is our responsibility, our obligation to implement his vision at every school level with a student-first mentality.”

With most all things, English said change is inevitable. But he’s not going to push his way into the school hoping to change things that have proven to work so well and curriculums, programs and extracurricular activities that are benefiting the students and preparing them for success and character.

“It is important that we are open to change but it must be necessary change and lasting change,” he said. “Change will work only if it’s lasting.”

English said that he knows, first hand, the importance of athletics in a school. They build pride, generate spirit and teach valuable lessons about teamwork, commitment and dedication.

“Athletics must work in unison with academics for a school to succeed,” he said.

And English knows. He has coached on the high school level and he and his family prayed about the decision to pursue certification in administration.

He had taught and coached in Headland and at his hometown of Elba before receiving his certification in administration in 2000 and accepting the positional of assistant principal at South Gerard High School in Phenix City.

“South Girard was a large school and working there was a great learning experience,” English said. “In 2003, I had the opportunity to go to Daleville High School as dean of students and I was there for two years before moving to Georgia.”

English said he had heard about the school systems of Georgia and he was excited to have the opportunity to be a part of the innovative plans the schools were implementing.

He accepted the principal’s position at Emanuel County Institute in Twin City, Ga., where he served for six years.

“God had an amazing plan for our lives,” English said. “Georgia Southern was nearby and I received my Ph.D. in 2010 and that allowed me go come back home. I wanted to be closer to family and to be a part of the Troy City School system, which is outstanding.”

English and his wife have two daughters, who are rising fifth- and ninth-graders and he is proud to bring them into a quality school system.

“The Troy City School system is outstanding and it is unique in that you can walk out the front door of the school here, look to your left and see Troy University,” he said. “Not many schools can say that they have a highly acclaimed university in their back door. This equates to excellence in the school system.”

“I’m extremely proud to be a part of such an excellent school systems and I look forward to all the opportunities and the challenges ahead,” English said. “There will be challenges, too, but I will approach them as opportunities in disguise. I’m excited and looking forward to a successful year at Charles Henderson High School and to being a part of the Troy community.”