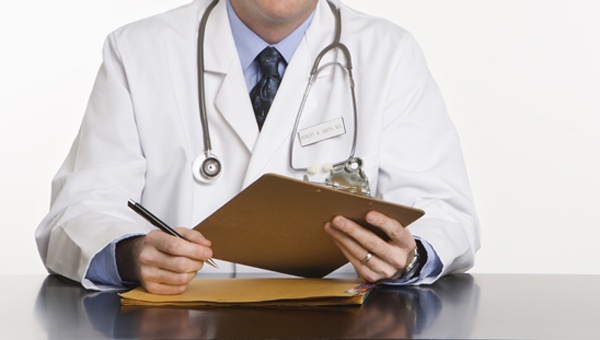 The state medical commission on Wednesday suspended the license of Dr. Andrew Osborne, who practiced at Troy Regional Medical Center.

The state licensure board has suspended the medical license of a Troy Regional Medical Center physician convicted of domestic violence.

The Medical Licensure Commission of Alabama voted Wednesday, based on the recommendation of the Alabama State Board of Medical Examiners, to summarily suspend the license of Dr. Andrew Osborne.

Osborne, 47, of Dothan, was convicted in June of felony second-degree domestic violence in a case involving a dispute between Osborne and his wife, Suzette Marie Osborne. He was sentenced to a four-year prison sentence, suspended; 90 days in a work release program; a $3,00 fine; $1,500 in victim’s compensation fee; court costs; and 40 hours of community service.

“We obviously knew this was a possibility, but we had hoped it would not happen,” said Jennifer Ventress, chief clinical officer of the hospital.

Osborne, who had worked with TRMC for more than year through his Dothan-based physicians group, was assigned full-time to the Troy hospital in October 2010, shortly after the incident occurred. He was hired full-time by the hospital as a condition of his work release and began working on staff there July 11.

At the time, CEO Teresa Grimes said the hospital was monitoring the situation and would take action if dictated by the state commission’s actions. Representatives of the commission met Osborne outside the hospital on Thursday morning to issue the suspension.

Karen Silas, executive assistant to the medical licensure commission, said Thursday Osborne would have a hearing before the commission on Nov. 16 to review the charges against him. “The licensure board is asking for revocation of his license.”

The commission’s complaint against Osborne cites unprofessional conduct, specifically that which “is immoral and which is willful, shameful, and which shows a moral indifference to the standards and opinion of the community” and his felony conviction.

“His conviction of a felony related to domestic violence is grounds for this action,” Silas said of the suspension. “Since this is not patient-related, it is an allegation of character. And if a doctor has done harm to another person, that’s a reflection on his character. As doctors are held to higher standards, they have provisions in the statutes and rules that allow (the commission) to take this kind of action.”

Osborne will have the opportunity to try his case before the commission. At that point, members could vote to revoke his license or take some other action. Silas said if Osborne’s license is revoked, the commission would not by law hear a request to reinstate a license for at least two years.

The Medical Licensure Commission is comprised of six physicians and one consumer and it is has the sole authority to revoke a physician’s license.

Osborne has been licensed to practice in Alabama for 17 years and prior to this had no restrictions on his license.

“We want to make sure people understand this will have no impact on patient care,” Ventress said. “In this state, CRNAs (certified registered nurse anesthetists) are able to provide anesthesia care and we have three wonderful CRNAs on staff: Tom Farrar, Bevin Brown and John Brown … our surgeons will continue to do the same cases and we will continue to serve our patients. We’ll never skip a beat in patient care.”