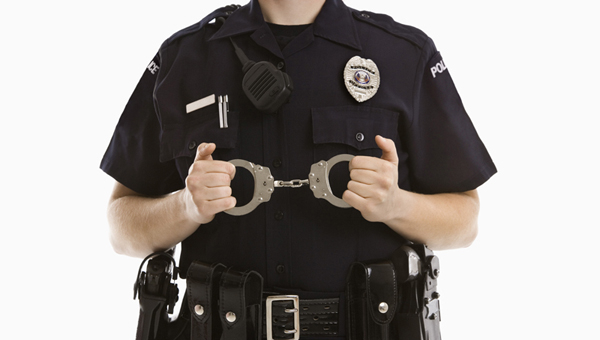 The former executive director of the child advocacy center was arrested Thursday on two felony counts of identity theft.

The former executive director of the child advocacy center was arrested Thursday on two felony counts of identity theft.

Ramona Watson, age 57, of Troy was being held in the Pike County Jail on $2,500 bond for each charge.

According to court documents, the charges stem from credit cards opened fraudulently by Watson using the names and identities of a coworker and a board member at the Pike Regional Child Advocacy Center. Watson was the executive director of the center since its inception until she resigned May 13.

“Somewhere in early May we became aware of what we believed to be some financial irregularities involving use of a corporate credit card,” said Dr. Mark Bazzell, president of the CAC’s board of directors. “After that came the discovery of a second credit card, which was opened in the name of the CAC without authorization.”

The first irregularities related to an approved corporate card, which board members had ordered closed previously, Bazzell said. “It had not been closed and was still being used. Also, “there were some things along with the credit cards that came to our attention (in May). Some of those issues were resolved then.”

However, the discovery of an unapproved card in the CAC’s name with a board member and employee listed as cardholders is what led to the identity theft charges.

According to court records, it was learned a Chase Visa Credit Card existed with a balance of more than $19,500. The account was opened in the name of the CAC, with a board member and an employee listed as primary cardholders. All the charges incurred were on the card assigned to the board member, who had no knowledge of its existence, the deposition said.

Applications for the credit card, dating to July 2008, were found in Watson’s vehicle, the deposition states.

“It’s important for all the good people who have supported the CAC over the years to know that at this point, the CAC has not been a victim in terms of any money being lost,” Bazzell said. “Right now, the only charges are involving those credit cards.”

The CAC, which serves Pike, Barbour, Coffee and Crenshaw counties, operates on a budget of less than $200,000 a year, Bazzell said. It is funded in part by state and federal grants and in large part by donations.

Bazzell said board members have worked with the grant funding agencies “and it appears that none of our grants are at risk.”

And he reiterated that board members believe all donated funds have been properly disbursed. “The monies donated for operations and to help the kids have all gone to the intended purpose,” Bazzell said.

He also said the board would be conducting an external financial audit and “what we would call a peer review audit, to make sure the work of the CAC is being conducted properly.”

Dr. Ken Bynum is acting as interim executive director. “Myself and the board are proud of the work Dr. Bynum and the employees over there have been doing,” Bazzell said. “They haven’t missed a beat in terms of services.”

Bazzell said the investigation is ongoing.