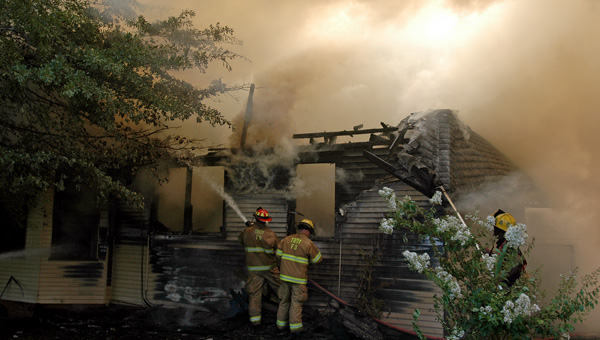 ‘I’m fixing to lose everything’

Tasha Davis cried aloud as she watched the flames spread through her home.

“See where the flames are right now? It’s in my bedroom,” she said, burying her head in a friend’s shoulders. “I’m fixing to lose everything.” 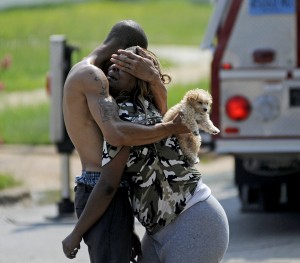 Davis, her mother, Shamyer Suddith and three of Davis’ children were inside the bottom apartment of the duplex at 436 Elm St. when the fire started Monday afternoon.

“We were in the living room, watching a moving,” she said. “We were all together, for the first time in a long time.”

That’s when Davis said she heard a pop. Then, one of her children came running through the house yelling “fire, fire.”

“It started in my son’s bedroom,” she said. “I thought it started in the kitchen, but I checked there first.”

Suddith said he, the children, Davis and her mother all had to exit through the back of the residence, near the flames.

The fire started shortly after 3 p.m. on Monday on the bottom level of the duplex. By 4:15 p.m., the residence was fully engulfed  and firefighters were working to keep the flames from spreading to nearby trees.