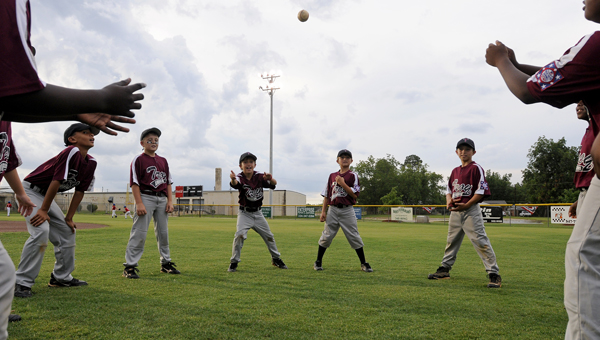 The Dixie Minor National Rookies battled back from an 11-1 deficit in the fourth inning, but it wasn’t enough to defeat the Troy American Rookies on Monday.

The Americans won the elimination game of the district tournament 12-10 Monday night.

With both teams 0-1 in the tournamenet, the cross-town rivalry would determine which team advanced.

“We came back from being down 11-1 in the fourth,” said Nationals Coach Troy Johnson. “It came down to the sixth inning. We had two outs and were coming back around to the top of our lineup. If we couldn’t just gotten one more runner on base, we could’ve made a go.”

The American Rookies will be face the looser of the Enterprise Americans and Enterprise Nationals at 6 p.m. today in Enterprise.