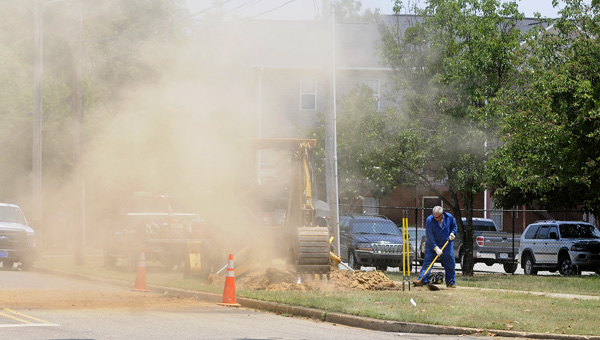 A worker with Southeast Alabama Gas District works to close a break in a gas line near the intersection of Park Street and University Avenue in Troy, Ala., Thursday, June 9, 2011. (Messenger Staff Photo/Thomas Graning)

A gas line break at the intersection of University Avenue and Park Street in Troy is under repair.

The break occurred around 11:30 a.m. Thursday as city crews were working on an infrastructure improvement project.

Emergency officials were on the scene and said repairs were underway.

The intersection is closed to traffic and motorists are encouraged to avoid the area as much as possible.