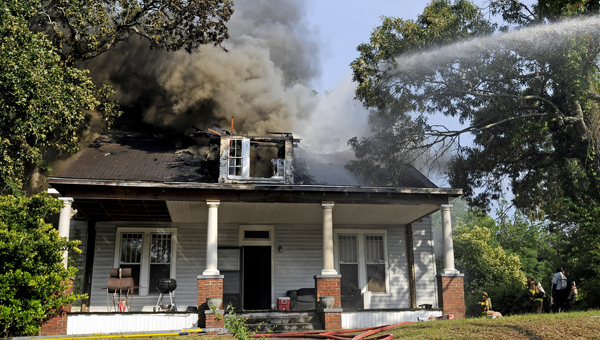 Smoke billows from a house fire on North Three Notch Street in Troy, Ala., Sunday, May 22, 2011. (Messenger Staff Photo/Thomas Graning)

A fire on Sunday afternoon left a house with considerable damage.

According to officials, the fire was located on the second fire and attic of the house. The lower floor sustained water damage from the efforts to extinguish the fire.