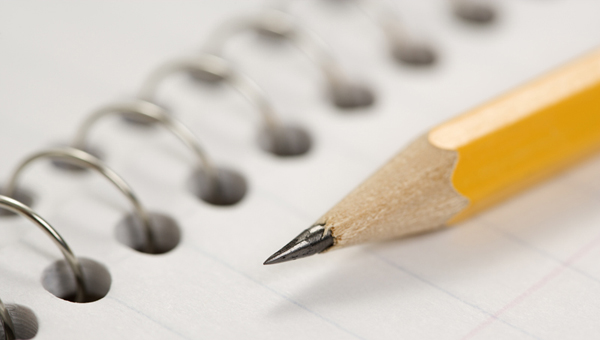 Pike County schools will start a week later in the 2011-2012 year, in an effort to conform to the state superintendent's request for a later start date.

In what may be one of the most hot-button issues for parents this year, the Troy City Schools Board of Education on Monday approved a 2011-2012 school calendar that eliminates the traditional fall break.

“I have probably gotten more emails and phone calls about this calendar than any other issue in all nine years on the board,” said Roxie Kitchens, board president.

It was a sentiment echoed by board members Wally Lowery and Dr. Judson Edwards. Lowery, the only board member to vote against approving the calendar, said he did so because he represents the voice of the parents. Al Jones was absent from the meeting.

“I’m the voice of the public, and I had to vote against it,” he said. “I don’t think it’s fair that we take away fall break without giving parents at least a year’s warning that it’s going to be eliminated … people depend on that break.”

The calendar begins classes for students on Aug. 15, a week later than the TCS traditional start date, and ends classes on May 25, 2012. Matthews said the state superintendent of education requested the later start date, and the school system is attempting to comply with that request.

“I don’t like the way the state tries to dictate our schedule. That’s a local issue,” Edwards said. “Our hands are somewhat tied because of the partnerships with the county schools, and trying to coordinate that schedule.”

Troy City and Pike County schools share resources at in the vocational programs and have traditionally tried to coordinate schedules to reduce costs and streamline efficiency of the programs. The Pike County school board last week approved its calendar, starting later and eliminating fall break.

“I think we’re too far down the road at this point,” Edwards said. “But I hope next year we make a local decision.”

Despite the board members receiving numerous calls and emails about the calendar, interim Superintendent Jimmy Matthews said he had not received any complaints.

“I did not receive one phone call of complaint about the calendar,” he said.

The calendar was developed by a committee comprised of faculty members and administrators, Matthews said. “And each teacher received an email with the calendar.”

Because the complaints and concerns were directed to school board members and not the central office personnel, Kitchens used the public forum to call on parents and concerned citizens to communicate first to school principals and second to the superintendent, before contacting school board members. “Because we can’t really do anything without the superintendent’s recommendation,” she said. “We like hearing from you and hearing what you have to say, but if ya’ll could just help us with that we would very much appreciate it.”

In other business on Monday, the board:

• Approved the transfer of Delynn Bouldin, current Charles Henderson Middle School principal, to the central office effective July 1. Bouldin will be the special education coordinator and instructional technology trainer. “We had a vacant position and he applied for the job,” Edwards said after the meeting. “We accepted him in that position.”

• Approved the termination of the positions of instructional specialist and math resource teacher at Troy Elementary School due to lack of federal funding. Matthews said three employees would be affected by the move, and they would be given the opportunity to retire before their positions are eliminated. He would not identify the employees. These positions had been funded by federal stimulus money, and the two-year allocation ends Sept. 30.

• Approved a motion to require all school district employees to receive their pay via direct deposit by June 30.

• Approved the use of a debit card purchasing program through Regions Bank. The program will allow the district to streamline vendor purchase payments and earn 1 percent cash back on all purchases made through the program.

• Heard a report from Elementary School instructor Joanna Taylor, whose doctorate research and dissertation examined the impacts of the AMSTI program on fifth grade academic achievement. Her analysis provided statistical support that the child-driven, hands-on math and science curriculum increased student performance on standardized achievement tests. “It’s very exciting to see in numbers what we intuitively believed we were doing for the students,” Taylor said. “The proof is there.”

• Received a positive report on the FYE2010 audit from independent auditors. The audit showed the district’s program for that year was approximately $21M, with 20 percent of that funding coming from local taxpayer revenues. The district also increased its total net assets by approximately $.8 million over the previous year.

• Heard a recommendation from Edwards to establish a board policy requiring a minimum three-months operating expenses in reserves at all times.