Trinity rallies from behind to beat CHHS 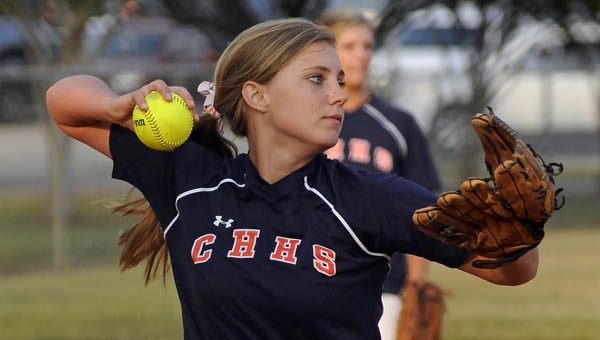 For the better part of six innings, the Charles Henderson Trojans softball team was cruising Monday afternoon against Trinity.

However, most games go to seven innings and when it was all said and done, it was the visiting Wildcats who were found celebrating on the diamond.

A big third inning gave the Trojans a four-run lead but it was an even bigger sixth inning for Trinity that helped propel the team from Montgomery to a 7-5 victory at the Troy Sportsplex.

“The story of our season has been the one inning,” head coach Robin Snyder said.

“One inning has killed us all season long. And Monday was another example of that. It’s tough to have to deal with that – it’s tough for everyone. But I do know that this team is going to continue to battle through it.”

The heartbreaking loss drops the Trojans to 7-15 on the season.

In the third inning, CHHS was able to get on the scoreboard first thanks to back-to-back doubles from Hannah Fountain and Becca Hartley.

Fountain’s hit brought home Ameria Blakely for the first run of the game, while Hartley’s double brought home both Amberlyn Baker, who walked, and Fountain.

Hartley would later score on a wild pitch to give CHHS a four-run lead.

Trinity would score a run in the fifth inning, but the Trojans would answer right back with a run of their own, thanks to another Hartley RBI double.

It was Hartley who replaced starting pitching Courtney Wood in the pitcher’s circle back in the fifth-inning and in inning after that, the wheels fell off for the Trojans.

Trinity was able to rally for six runs in the inning off of seven hits and three walks.

The Trojans had life in the bottom of the seventh, with runners in scoring position, however, were unable to get any more runs.

“Over half of our outs in this game came from strikeouts – we have to do a better job of that. Like I told the girls after the game, if we put the ball in play, good things are going to happen.”

Both Fountain and Hartley finished 2-for-4 with one and three RBIs, apiece.

Madison Mehaffey finished 2-for-3 in the game as well.

“There is still a lot of games left to be played,” the head coach said. “This season is fall from over.

“The good news is, if you play your best ball in May, you can forget about what happened in March and April. That’s what we are working towards – getting better.”