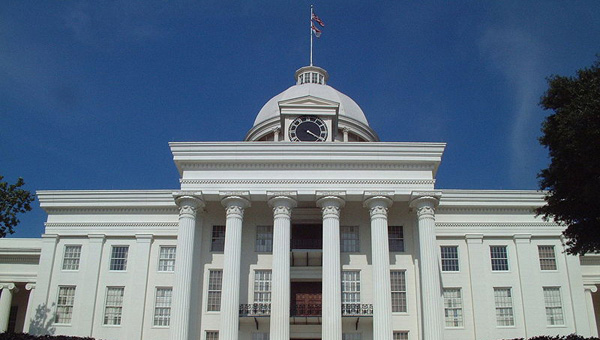 Gov. Robert Bentley declared a 15 percent proration to the general fund budget for the remainder of the fiscal year.

MONTGOMERY, Ala. (AP) — Alabama Gov. Robert Bentley ordered a 15 percent cut in spending for the state General Fund budget on Thursday, making it the second year in a row that both state budgets had to be cut because appropriations exceeded revenue in a state still trying to recover from the recession.

“In order to balance the budget, I have no choice but to declare 15 percent proration of the General Fund budget,” Bentley said.

Alabama’s Constitution prohibits deficit spending and requires the governor to make cuts when revenue falls below appropriations. Bentley warned Alabamians early in his administration that the budgets were “based on unreliable revenue estimates” and cuts were coming. But Alabamians have not seen back-to-back years of cuts for both state budgets since 1991 and 1992.

Bentley took the action after the Legislature approved an administration-backed bill that allocates an extra $156 million to a handful of state agencies.

That bill plus some money transfers will allow Medicaid, prisons and Ethics Commission to avoid cuts.

It will keep the state auditor, Military Department and Department of Public Health from feeling the full 15 percent reduction. The administration chose not to cut Medicaid because Alabama would lose about $2 in federal money for each $1 in state funding.

With the budget cut and the legislation, the $1.67 billion General Fund budget is shrinking by more than $100 million.

In anticipation of the cut, some state agencies had already begun preparing for layoffs. State Agriculture Commissioner John McMillan said his department is losing 70 of its 391 people either through layoffs or retirements. Dean Hartzog, spokesman for the state court system, said 150 employees are slated for layoffs May 1. That’s out of about 2,100 personnel, but one-fourth of those are elected and appointed officials or court reporters who are not subject to layoffs.

The budget cuts run through the end of the fiscal year Oct. 1. The General Fund budget that Bentley has proposed for the new fiscal year will cut many state agencies an additional 30 percent and wipe out funding for most museums and historical attractions. The Legislature has not yet taken any votes on his proposed budget.

The budget cut enacted Thursday and those proposed for next year don’t affect all state agencies equally. For instance, the state Transportation Department gets most of its revenue from the state gas tax rather than from the General Fund budget, and the Conservation Department generates much of its income through hunting and fishing licenses and user fees that aren’t included in the General Fund budget.