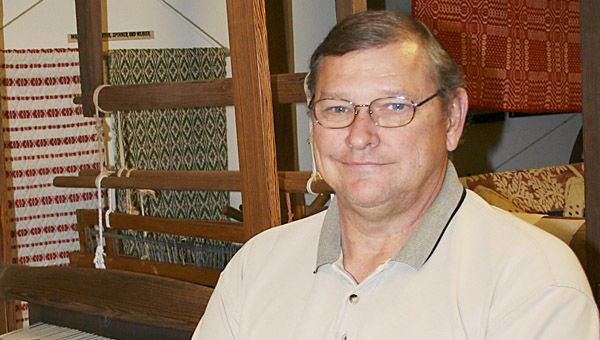 Jerry Peak has served as director of the Pioneer Museum of Albama for nearly four years. During his tenure, Peak said he has come to appreciate the wealth of history and informaiton available at the museum and the dedication of the volunteers and supporters who oversee the museum. He retires on Thursday.

After four years as executive director of the Pioneer Museum of Alabama, Jerry Peak is stepping aside to enjoy life at a more leisurely pace.

Peak’s last day as museum director will be Thursday and he will be honored with a retirement celebration from 3 until 5 p.m. in the meeting room. The public is invited to attend.

Peak said that, as the museum director, he has learned a lot about the history of the rural South, enjoyed his association with the museum’s dedicated staff and volunteers and met a lot of interesting people from the local area and from places afar.

“My health has been affected recently and, because of that and the stress of the job, I decided that it was time to move on and make a place for someone with new ideas who could bring life back into the museum and take care of it,” Peak said and added with a smile that he wants to spend more time with the grandkids.

“The Pioneer Museum of Alabama is a fabulous educational resource for the community,” he said. “I hope that the people of Pike County realize that this museum has educational value for everyone. I would like to see more people involved on a volunteer basis and also as members. The more involvement that we have, the more programs and events that the museum can offer.”

The Pioneer Museum of Alabama is owned by a private foundation and operated by a board of directors selected by the membership.

“The members actually run the museum because they have voting rights and establish the board of directors. They also have an opportunity to run for the board,” Peak said. “So, membership is important and, too, about 40 percent of the museum’s operating funds come from membership dues, admissions and donations.”

Peak said two trust funds make up from 25 to 30 percent of the museum’s funding and the museum also receives additional funding from grants, the City of Troy and the Pike County Commission.

Jeff Kervin, board president, said that the museum’s board of directors is accepting resumes and applications for the director’s position. Anyone who is interested should contact the museum at 566-3597 for more information.