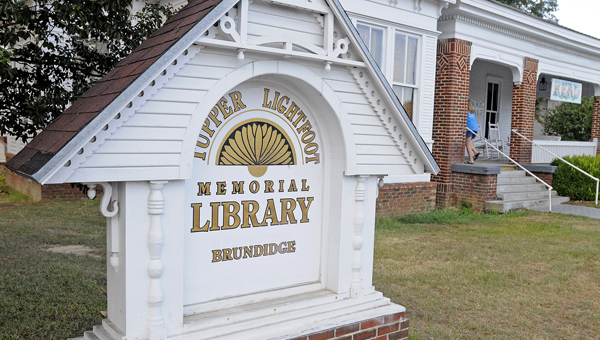 Bid requests for the furniture, fixtures and equipment for the addition to the Tupper Lightfoot Memorial Library in Brundidge have been posted and also provided to those who have requested the information.

Bids are due by 2 p.m. April 12 at the office of the city manager at Brundidge City Hall and may be mailed or delivered in person.

“The addition to the city’s public library will double the size of the original facility,” Faust said. “The addition will include the central area, large shelving area for books, board room, office, work area, kitchen, testing room and restrooms.”

The addition to the library was funded in part with a $123,600 USDA Rural Development grant and a $40,000 Alabama Public Library Service grant, which was used as the city’s match for the USDA grant with the city contributing $1,200 to project.

Faust said there is no target opening date for the library addition.

“That will depend on the bids that the city receives,” she said. “Whoever gets the bid will install everything from A to Z. And, it’s ordinarily about six to eight weeks out.”