Trojans gear up for area opener 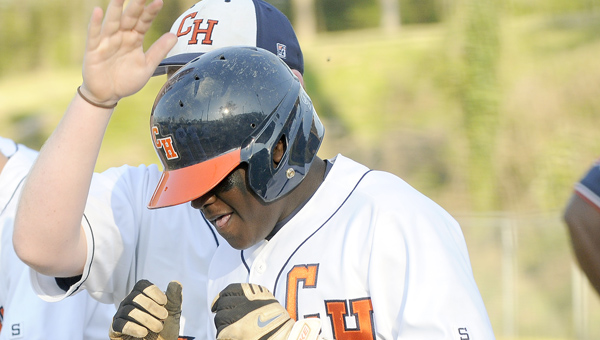 The Charles Henderson Trojans will be playing at Frazier Field for the first time in over two weeks this Saturday.

That is the good news.

The bad news is before Saturday afternoon’s double-header, the Trojans will have traveled to Eufaula and back for Friday’s area opener.

It is in Troy, the following day, that the two teams will finish up the first weekend of area play.

While the Trojans have been on the right side of their past couple of games, head coach Derek Irons said he is still unsure whether his team has turned the corner, or not.

But that answer may come as soon as Saturday night, in the coach’s eyes.

“I think we are still kind of in a wait and see as far as a turning point goes,” Irons said.

“We have started playing better but the question is will we sustain it. Probably at the end of this series, we will know. We will know if we have turned the corner or still looking to do that.”

Entering the game, the Tigers have won just one in their last four tries.

That lone win came against Beauregard on Tuesday, to help Eufaula improved to an 8-9 overall record. Last season, the Trojans swept through Eufaula, winning all three games by a combined score of 29-9.

But what happened in 2010 has now barging on what will happen this season, according to the coach.

“Whoever the first area series is, is always a big one,” Irons said.

“Because right now, the area champs means nothing. We are all 0-0, and to be honest, even the overall record means nothing. We are all in the same boat, everyone in the state is. All it takes is one bad day early in area play and the next thing you know, you are scrapping and clawing, trying to get in. Regardless of the opponent, that first weekend is always really big.”

As far as what the Trojans expect out of their upcoming opponent, Irons said his team is going to see a Tiger team that is ready to compete for the area crown.

“Eufaula is a much improved team,” the coach said.

“We have seen them get better and better over the years, and this season, they are swinging the bat really well. They are solid defensively, and they can win games. We are going to have to play good baseball – hopefully, that will be enough.”

The home game itself will be the first at Frazier Field since March 8.

When playing in the area known as “Hogan’s Hole”, the Trojans have yet to lose a game, as the team is 4-0. And even though that will provide some comfort for CHHS, the coach said the tone has to be set the day before.

“It is going to help to be home, and we are finally kind of through with most of the travel on our schedule,” Irons said.

“We have not lost at home this season, and hopefully the guys will take some pride in that. But the first one is a big one, and we have to travel for that. We have to set the tone at their place. We can’t just kind of rest on the fact we have two at our place. We have to get the game on Friday as well and then we should really be in good shape for Saturday.”