Trojans face off against Wildcats 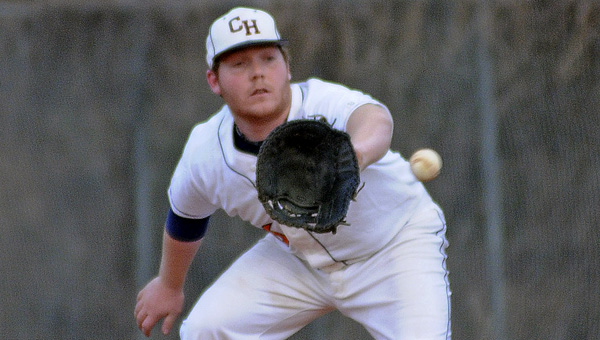 Two games down, nearly 30 more to go for the Charles Henderson baseball team.

While the first two games of the season resulted in victories, the Trojans are now focused on extending that winning streak.

However it will be in relatively unfamiliar territory.

For the first time this season, the Trojans will be playing away from the friendly confines of Frazier Field – but not too far away.

Up next for CHHS will be Enterprise, who is coming off a split on Opening Day with Wetumpka.

Last season, the Wildcats were able to advance to the second round of the playoffs before falling to Northview in three games.

This season’s meeting will mark the third-straight year the two ball clubs have met on the diamond.

Of those five games, the Trojans hold a 3-2 advantage. Last season, the two split a double-header in Enterprise.

With seniors Harrison Reeves and Blake Hutchinson both having thrown earlier in the week, CHHS will get a look at what some of it’s younger players have to offer on the mound.

Sophomore Tripp Blackmon and juniors Michael Fox and Jalin Lawson were the pitchers identified by head coach Derek Irons as being available to pitch today against the Wildcats, with the sophomore Blackmon getting his first varsity start.

“Those guys will probably be on the mound at some point (today), but I’m not sure what order they will throw in,” the coach said.

“We had pretty much everything figured out on Monday, but then Harrison pitched a complete game, so everyone was pushed back – it’s a good position to be in.”

Of the three, Fox has the most experience on the mound, tossing 13 innings last season.

Lawson threw 6.67 innings, for a 1-1 record and as a freshman, Blackmon was able to get some experience in, tossing two innings.

“Hopefully, (Blackmon) won’t have quite as many butterflies,” Irons said, “but we are going to treat the situation the same as we did on Monday in that we will keep the routine the same.

“A lot of times its one of those things where once you get out there and get those couple outs, you settle down and pitch. Hopefully, that will be the case.”

Settling down was the case for the Trojans at the plate on Monday afternoon.

After some early struggles the first time through the battling lineup, CHHS exploded for 28 runs and 22 hits in the remaining eight innings.

“I was actually impressed with how we played offensively,” Irons said, “particularly our strike zone discipline.

“That is something we really try to emphasize. Our offensive philosophy is centered around creating pressure and you do that by making the pitcher throw strikes. We did a pretty good job of that. We are farther along then where I thought we would be at the beginning of the season, especially with our young guys.”

Even with the offensive contributions, Irons pointed out several areas where he team needed to improve on leading up to the Enterprise game and beyond.

“(The mistakes) were ones that I won’t be losing any sleep over,” he said, “but they are things that we need to correct.

“We had a couple base running mistakes – but they were aggressive mistakes.

“We want to be aggressive on the base paths and if we are going to mess up, we want to mess up on the aggressive side. If anything, it tells me that our guys are understanding the philosophy we have set in, they are just not executing it – and that’s OK.”

The Trojans will look to make it three-straight wins to start of the season today at Enterprise.