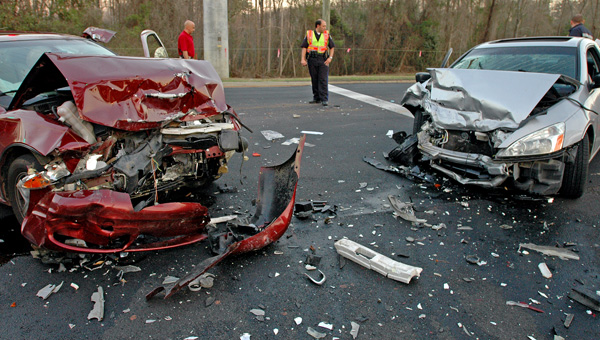 Vehicles are seen at the scene of a three-vehicle wreck at the intersection of George Wallace Drive and Second Avenue in Troy, Ala., Thursday, Feb. 17, 2011. (Messenger Staff Photo/Thomas Graning)

Troy Police responded to a three car collision with injuries on George Wallace Drive near Second Avenue at approximately 5:00 p.m. Thursday according to information released by Chief Anthony Everage.

The vehicles were occupied by the drivers only with no passengers.

The Honda struck the Toyota in the rear causing it to go into the south lane and collide with the Oldsmobile.

This accident is still being investigated by TPD.