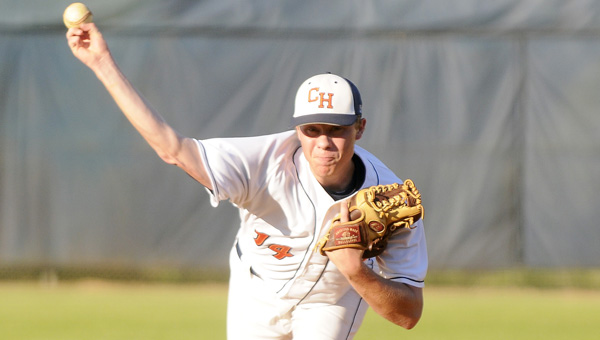 Every season is a fresh start and new beginning for each team.

The Charles Henderson Trojans baseball team is no different.

The last time the Trojans were on the diamond, they were just seven innings away from stamping their tickets to yet another state championship series, and first since 2008.

However, it was for not, as the eventual state champion, Spanish Fort, dispatched CHHS in a semi-final elimination game.

And while there are many of the same faces returning from last year’s team, there are many that are both new and looking to contribute to help get the Trojans back to a position to win its first state championship since the 2004 season.

Leading the charge for the team in orange and blue is Derek Irons, who will be entering his third season as the Trojans’ head skipper.

“We are a lot younger (this season), you know, we have a small senior class,” Irons said. “That happens in high school though.

“That’s OK, it just means we have to have more young guys step up. Every year you have to have young guys step up, we are just going to have to a have a few more this year than in year’s past. The good thing is, the older guys we do have got some real good experience last year. Harrison (Reeves) and Blake (Hutchinson) both on the mound pitched some very meaningful innings. There is some experience there – just a little young.”

Outside of Mitch McLeod and Nathan Barron, who both were seniors last year, Reeves and Hutchinson logged the most minutes on the mound, pitching 65 and 45.33, respectively.

Reeves finished second on the team in wins, with nine, while Hutchinson led the way in both saves, with four, and ERA with 1.24. The two also combined for 68 strikeouts.

“Last year was huge for us that played,” Reeves said. “There is no substitute for experience at any level of any sport.

“A lot of us are not going to be getting pushed into a starting role. I think we all played well at different positions and so I think we are all ready to step up. I just believe that me, Chase and Hoss being able to play a good bit in the playoffs will definitely help us to know that when we get there this year we are going to be able to better handle the pressure situations.”

For a team that had an total ERA of 2.89, only giving up 116 runs in 281 innings in 2010, it is easy to see why Irons said this year’s team, like the teams before it, will be built around being able to throw strikes.

“We always try to start with pitching and defense,” the coach said, “I really believe that’s where the games are really won and lost.

“But it’s kind of too early to tell. Our philosophy is always going to be pitching and defense first but it’s still a little bit too early to tell. This time last year, we felt pretty good about two or three of our pitchers, but we weren’t sure about everyone else. We had three or four guys really step up, and I think that will happen again this year, but we don’t know that.”

It will not be all pitching and defense though, as the team will bring back to the plate two of its most productive players in Connell and junior Jalin Lawson. The two players combined for nine home runs and 78 RBI.

In the postseason, both continued their strong offensive performances, as Lawson batted .500 and Connell hit three home runs in the final four games.

“Both those guys had good years, and both of those guys played extremely well in the playoffs,” Irons said.

“So, that is reassuring to feel like you have some experienced guys in the middle of the lineup, but roles change. Those guys were hitting sixth and seventh (in the batting order) last year, and now they are going to be up a lot higher. They aren’t going to really be sneaking up on anyone this year. Their roles will change, but I think they are going to be able to handle it.”