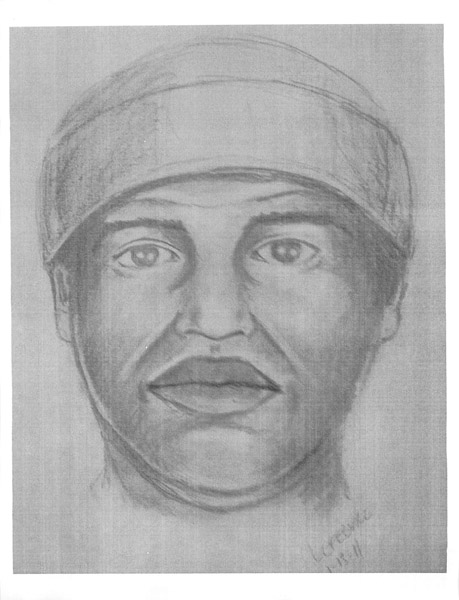 Police are “widening the parameters” in their search for a man suspected of kidnapping and attacking a Troy University student on Jan. 10.

Late Monday night, Troy Police officers and Pike County Sheriff’s Deputies established an “information checkpoint” on the Needmore Road near County Road 7749 in an effort to garner more information about a suspect last seen in that area on the night of the attack.

“Really, what we’re trying to accomplish is find anybody who remembers seeing him on that road that night,” said Chief Anthony Everage. “We believe this person of interest was last seen in that area.”

A 20-year-old Troy University student was abducted from her Smith Street home around 9:30 p.m. on Jan. 10. She told police that her attacker stole her car and forced her to drive to a remote area of County Road 7735, near Needmore Road, where he brutally attacked and stabbed her after her silver Chevrolet Cobalt ran out of gas. The suspect apparently left the scene on foot, and the student was able to walk about a quarter of a mile to a nearby residence, where she found help.

Everage said officers have received reports from people who saw a man fitting the description of the suspect walking along the nine-mile stretch of Needmore Road between the scene of the attack and U.S. 29 that night. However, they are seeking more information through the roadblocks.

“We want to see if there’s anybody else out there who might have seen something,” Everage said.

Specifically, they are asking anyone who may have seen a black male walking towards Troy on Needmore Road between 10:30 p.m. Jan. 10 and 2 a.m. Jan. 11 to share information with authorities.

Police also are asking anyone who might have seen or know the identity of a black male subject standing in the parking lot of Oakdale Apartments between 9:30 and 9:50 pm on Jan. 10 to report this to police.

The student has since been released from the hospital, but officers are still searching for the suspect who will be charged with kidnapping and attempted murder. Troy University and the City of Troy have offered a $10,000 reward. “We’re working just as hard on this case today as we were two weeks ago,” the chief said.

Since the attack, both Troy Police and Pike County Sheriff’s Deputies have been posting fliers with the sketch and description of the suspect throughout the county. They have conducted “no telling how many” field interviews and chased scores of leads, Everage said.

Now, they are again asking the public for help.

“All we’re trying to do is widen the parameters,” Everage said. ‘If there’s someone you feel would be a person of interest to this investigation, don’t let the composite or the physical description deter you from calling law enforcement.”

Everage said the composite sketch, released shortly after the attack, is meant to suggest a general appearance, “but we know it isn’t exact.”

And physical descriptions provided by police – from an age of mid 30s to having light facial hair – should not be limiting factors. Police have described the suspect as an African American man, perhaps in his mid 30s, about 5 feet, 8 inches to 6 feet tall, having a flat nose, light facial hair and strong body odor. At the time of the attack he was wearing dark clothing and a toboggan.

“There is somebody out there who has some information that will help solve this case,” Everage said. “And we want to encourage that person to contact law enforcement.”