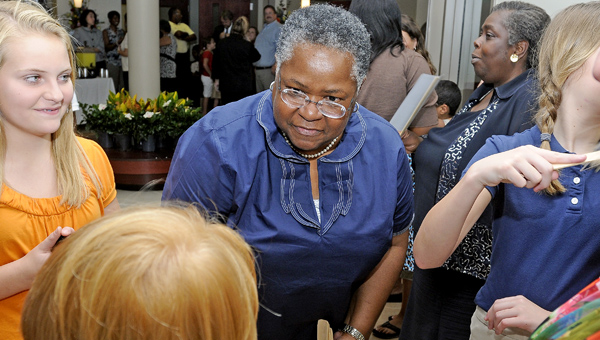 Dr. Linda Felton-Smith is stepping down as superintendent of the Troy City Schools effective March 1.

“I’ve requested a transfer to the position of consultant. It was just the right time,” Felton-Smith said Monday night, whose last day as superintendent is Feb. 28. “They’ve got a number of projects ongoing with the capital plan and they need to get somebody in to work on those plans.”

The board voted on Monday to transfer Felton-Smith the consultant position, effective March 1, until her existing three-year contract ends June 30, 2012. She will continue to receive her salary of approximately $118,000 during that time.

“Our work is just starting,” said Roxie Kitchens, board president. “It’s going to be tough to find someone who loved the system as much as she did.”

Felton-Smith, a graduate of Troy City Schools, began working with the system in 1994 as a vice principal. She served as principal at Charles Henderson High School from 1996 until Aug. 1, 2003, when she took over as superintendent.

Felton-Smith said the decision to step aside is one she has considered since December.

“You have to know when the time is right to move on,” she said Monday. “We’d just reached that point and it’s time for me to move on.”

Kitchens said Felton-Smith’s 2012 contract end date factored into the decision. Because the school board is borrowing a significant amount of cash for capital improvements “and we have three years in which to spend that money, she could start the capital projects but wouldn’t be able to finish them.”

By making the move now, the school system will have a new superintendent in place who will be able to see the projects through from beginning to completion.

Kitchens said school board members have not started the search for a replacement.

“We haven’t set the qualifications yet,” Kitchens said. “We may bring in a consultant to work with us on this.”

In other business on Monday:

• City of Troy Mayor Jimmy Lunsford presented a proclamation for School Board Recognition Month to the Troy City Board of Education during the meeting.

• Board members recognized Mrs. Dorotha Thomas, thanking her for her service to the Troy City BOE and wished her well in her retirement. Thomas retired from the Board of Education on Jan. 7, 2011.

•  Bradley Bouldin, principal of Charles Henderson Middle School, gave the Academic Report for the school and addressed new learning initiatives, such as the “Blitz” program which is designed to focus on areas of study that students have difficulty with.