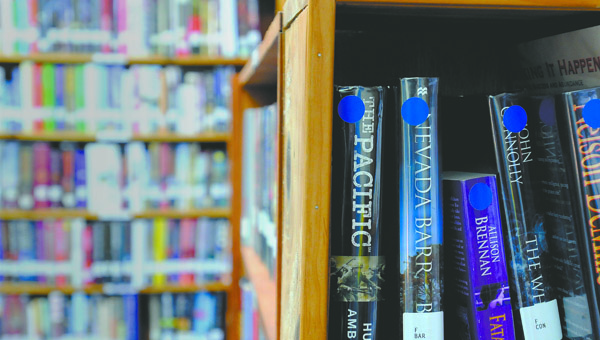 For Pike County and its municipalities, the year 2010 sailed along rather smoothly and without the rough go experienced by many local governments all across the country.

“The biggest concern for the county had been the negative impact the economy might have but it was not as severe as we expected,” said Harry Sanders, Pike County administrator. “We didn’t have any major downswings and I think that was because of the industries that we have here. Our biggest employers are Troy University, Sanders, Sikorsky, Lockheed-Martin and Wal-Mart and none of them had as tough a time as other industries around the country.”

Sanders said the Pike County Commission was able to refinance some of its outstanding debts and save a considerable amount of money.

“By refinancing, we saved $400,000 over seven years and that’s significant,” Sanders said.

The county hired Jeanna Swindall Barnes as its EMA director following the retirement of Larry Davis.

“Other than that it was business as usual,” Sanders said. “We were fortunate that we had no major ups and downs and that we survived in difficult economic times.”

Looking to 2011, Sanders said the biggest concern of the Pike County Commission is its ability to support the road department.

“Maintaining our infrastructure while keeping our head above water will be the greatest challenge facing the Commission,” Sanders said. “The road department’s revenue hasn’t changed since 1992 or ’93. The gas tax is what, for the most part, supports the road department. The gas tax is pennies per gallon not percentage. So, when gas prices go up, usage goes down and so do the pennies.”

Sanders said when the gas tax goes down or levels and the cost of materials increases that’s a bad trend and measures have to be taken to offset the loss.

“We have to either delay purchases or reduce personnel and that affects our ability to deliver services and maintain the infrastructure.”

Troy Mayor Jimmy Lunsford said the year 2010 has been a blessed one for him both in his official capacity and from a personal standpoint.

“I know how really blessed I am to have come through open-heart surgery and total hip replacement and to feel wonderful,” he said. “And, so many good things have come together for our city and that is a blessing for all of us.

“We finally got the airport construction under way and that will prove to be one of the biggest achievements for years to come. The recruitment of CGI is a milestone achievement and will impact the city tremendously in the future.”

The mayor said the city has benefited greatly from the expansion of existing industries and the creation of new jobs at Sikorsky, the KW Companies, Troy University and others.

“All of these factors together have made it possible for us to weather the worst downslide in the economy without impacted as dramatically as some of our sister cities,” Lunsford said. “We have been able to make improvements in our infrastructure to accommodate growth and that’s a big plus for the city.”

The future looks bright for the city of Troy as sales tax collections have increased continually over the past four months.

“We expect that trend to continue as we recruit new retail business and other businesses are looking to expand as we provide opportunities for growth,” Lunsford said. “We have locked in low utility rates – power, water and sewer – for two more years. And the $1.6 million South Brundidge Street project should begin in the spring. The street will be widened to three lanes from Highway 231 to the Municipal Complex.”

The mayor said that architectural plans have been completed and the money is in place for the new Troy Public Library on Elm Street. Construction will begin in 2011.

“When the Troy nutrition program moves into its new facility, more space will be available for the Colley Senior Complex and our seniors will benefit from both of those facilities,” Lunsford said. “A new public works building is also in the plans so we have a lot to look forward to as we move ahead into the New Year.”

Brundidge, too, is looking forward to the New Year after coming through a tough year nearly unscathed.

“We came in pretty close to budget,” said Mayor Jimmy Ramage. “Really close to what we had projected and that’s almost unbelievable with all that went on this year with the economy. We had a good year in many ways.”

Ramage said the city is extremely proud to have been one of the first cities in the United States to receive stimulus money from the American Recovery and Reinvestment Act. The city received $77,000 to install cost-saving LED lights along the city’s main streets.

“We were also one of the first, if not the first, to complete the LED project,” Ramage said. “We are very proud of the expansion of the Tupper Lightfoot Memorial Library, which nearly doubled the size of our library. The library project was one that we had talked about for several years and were able to complete with state, USDA and local funds.”

Ramage said the total price tag on the library expansion is just over $400,000.

“The library is used by a lot of people from Brundidge and outside the area,” he said.

Ramage said the expansion of Southern Classic Foods created new jobs and the city has worked with other local industries seeking to expand.

“Our sales tax for the year was off but not as much as we had anticipated,” he said. “We are going to work to increase our retail base in the New Year and that will help bring our sales tax back up.”

The city will also apply for $1.2 million in “Green” money through ADEM that will be used to install a water meter reading system and a more efficient waterline system in the Caldwell subdivision and the housing authority area.

“Our hope in 2011 is to continue to see industrial growth and to improve our retail business base and, in that way, our economy will be strengthened.”

Things were slow and quiet in Banks during 2010 and Mayor Dewayne Henderson said that’s the attraction of small town living. “A few people move in and a few move out so we don’t see a lot of growth except during deer hunting season when the hunters are here,” Henderson said. “Nothing of great significance took place during the year but we do have some plans for 2011 that will be a change from the way we’ve done things in the past.”

“Right now, the water meters are read manually and we are looking at a new system where the meters can be read automatically,” he said. “The meter reader won’t even have to get out of the truck. He can just ride by within so many feet of the meter and it will be read automatically. Not only does it make reading the meters much faster, it is almost mistake free. So, when a meter is read, our customers will know that the reading is correct. The Pike County Water Authority has this system and it seems to be working.”

Henderson said the town council will seriously consider the new water meter reading system and decided if it is worth the investment. And, the council will keep abreast of any issues that affect the citizens of Banks and act accordingly.

Over in Goshen, the good news for the year 2010 was that the town was in the black.“We were able to pay our bills in 2010 and that’s always a good thing,” said Carter Sanders, town councilman. “We have been extremely conservative and lived below our income levels. We decided what our priorities are and bought what we could afford. What we couldn’t afford, we didn’t buy. That has kept us from being broke.”

Sanders said all of the activity on the Hughes wood yard is a positive sign. “That means that there are jobs for people in this area and that a lot of landowners can sell their trees,” he said. “All of that helps our tax base.”

Looking toward 2011, Sanders said the town council will continue to support the senior center and the volunteer fire department in its fundraising efforts.

“The council will also consider the pros and cons of expanding our Little League field,” he said. “And, we’ll take advantage of any opportunities that come Goshen’s way.”