Was Howard Hughes in Pike County? 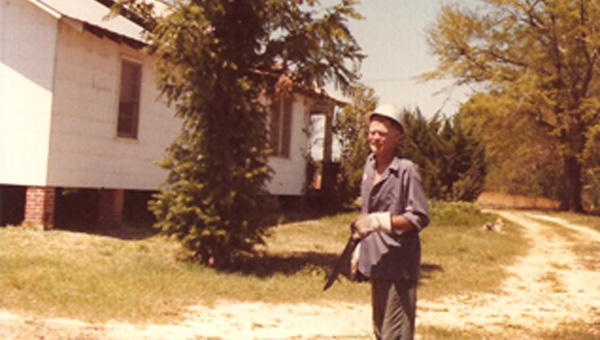 Author Mark Musick is in Pike County this week, sharing insight on his book which claims Howard Hughes lived out his final years in Goshen.

The name Howard Hughes has been uttered often around Pike County for several months now and this week the name has really had tongues wagging.

Mark Musick, the man behind the book, “Boxes, The Secret Life of Howard Hughes” has been in the county since Saturday supporting the story that billionaire businessman, aviator and recluse, Howard Hughes, didn’t die in 1976 as the world believed.

Musick said there is no doubt in his mind that the man who lived in Pike County for 25 years as Nik Nicely, the husband of Pike Countian Eva Campbell McLelland, was actually Howard Hughes.

Musick has presented his theory to audiences in Goshen, Brundidge, Luverne and Troy and has a presentation scheduled for 10 a.m. today at the Colley Senior Complex and an interview with WTBF at 1 p.m. He will be at the Goshen Senior Center at 10 a.m. Thursday.

Musick’s main purpose in coming to Pike County is not to promote the book or to try to convince skeptics, but to gather more information to substantiate his claim that Nik Nicely was in fact Howard Hughes.

Musick said bits and pieces are coming together to make clearer the big picture.

“What I’m hearing from those who knew Nik and Eva fits with what Eva told me and with the timeline of appearances and disappearances of Nik,” Musick said. “And, from everything that we know about Howard Hughes, he was the kind of man who would have liked to leave a mystery behind.”

McLelland shared her husband’s “true” identity with Musick after his death but told him that the story could only be told after her death.

“I asked her if she thought Nik would want the world to know the real story,” Musick said. “Eva paused for a minute, smiled and said, ‘I think he would.’”

Musick said until absolute proof is determined, people will just have to read the book and made their own decisions.

“But the proof is out there and, one day, we will produce it and everyone will know the truth about the secret life of Howard Hughes,” Musick said.

Andress honored as a ‘patriot’