Spectators bundle up for parade 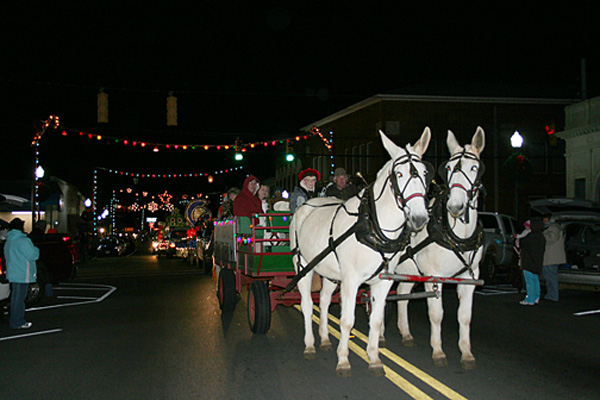 Christmas parades have been a tradition in Brundidge since 1959. So, the townspeople weren’t about to let Mother Nature’s icy breath kept them home Monday night and away from one of the most important nights of the year – when Santa Claus comes to town.

Following the parade, a large group of young people with guitars gathered on the sidewalk and invited everyone to join them in the singing of “Christmas in Dixie.”

The community Christmas tree lights were turned on for the first time this season and everyone joined in singing the old carols of Christmas.

“Even though the weather was very cold, we had good participation in the parade and a good crowd came to watch. We want to thank everyone who made it possible. And Santa had a long, line of children waiting with their Christmas wishes. He was the most popular person here.”

Andre Paez, who moved to Brundidge after his family lost their home to Katrina, said Brundidge is the kind of community where everyone comes together to celebrate the seasons and he and his wife, Amber, are proud to be a part of such a wonderful town.”