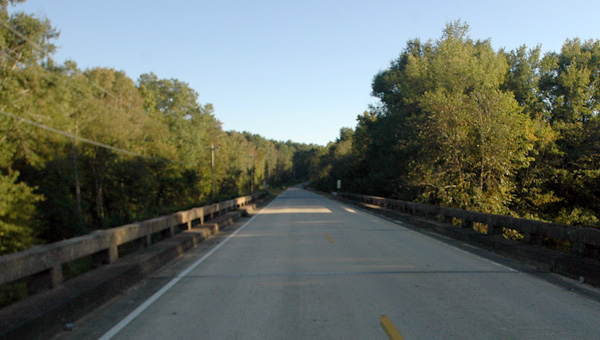 If passed, Amendment 3 on the ballot Nov. 2 could provide for at least $232,631 a year to county roads and bridges in Pike County.

The amendment, which calls for a statewide referendum allowing for money to be pulled from the Rainy Day fund to be used for road and bridge repairs, would provide $1 billion across the state for 10 years.

For County Engineer Russell Oliver, $232,631 is a nice start but not exactly a godsend. He estimates that every mile of road resurfacing, the county has to spend about $140,000. With 412 miles of paved county roads, the money won’t go quite as far per year as one might think, especially when you consider the billion-dollar purse it came from. Even so, Oliver said the amendment would “definitely be a help.”

After the money is broken up among 67 counties, Pike County would receive $6,358,583 over the decade for state, city, and county roads.

About $4 million of that would go to state or local roads and bridges, some of which may also be allotted to the county.

“Obviously we really need the help,” he said. “It will definitely be helpful, but it won’t go that far.”

Oliver couldn’t give any clear details on how the money would be used, since the amendment hasn’t been ratified yet and county commissioners have not laid out concrete plans.

“I guess commissioners don’t want to count their chickens before their eggs hatch,” he said.

He added that the money would likely go to resurfacing roads and necessary bridgework. No matter what, he said the public would benefit from the $6,358,583 over 10 years.

“Whether they help out county roads or city streets or state roads, it’s not going to matter to the average citizen,” he said. “They have to drive on all the roads.”

Sonny Brassfield, the executive director for the Association of County Commissioners of Alabama, said the money would be drawn from the Alabama Trust Fund, which always has a minimum cushion of $2 billion. The trust fund is kept afloat by oil royalties.

In Pike County, Brassfield said, the money could be a big benefit to bridges in severe disrepair.

“Pike County has a large number of bridges that meet the federal standards of unsafe,” he said. “They face a funding crisis that is of extreme concern.”

He added that he hoped to push for money from the $4 million provided for local and state roads to be used on county roads.

“We’re going to lobby very hard for that money to go on county roads as well,” he said.

There has been virtually no growth in taxes that fund the county engineering department since 2000, and the fund has almost the same amount of money it had a decade ago. The county is also working with a smaller pool of employees.

Brassfield also said the fund would help, but as a first measure, not a solution.

“If it is ratified, it’s just the beginning of addressing this problem. It’s not the end.”

He said Pike County residents could expect to see county officials using the fund around April or May.