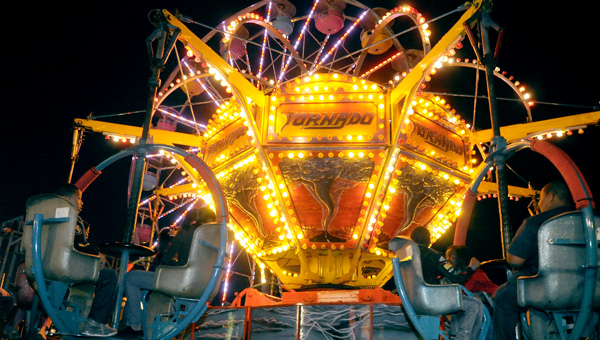 For the first time in its long and storied history, opening night at the Pike County Fair was, in the words of Troy Shrine Club President Homer Homann, “disgraceful.”

The gates opened at 6 p.m. Tuesday night and a large crowd came out to enjoy the new midway presented by Interstate Amusements of America only to find that the carnival was not ready to open.

“What happened was that the fair was not ready to open,” Homann said. “Except for three or four, the rides weren’t working and they didn’t even have the side acts going. There was nothing that we could do except close the fair. There was no other alternative.”

However, the Troy Shriners, sponsors of the annual Pike County Fair, got an agreement from the carnival promoter to make good the admission and armband purchases by those who came out on opening night.

Homann said that, for the most part, people were understanding. “They know that it was not the Shriners’ fault,” he said. “It’s disgraceful that it happened but we’ll be open at 6 p.m. Wednesday and we want people to come out and enjoy the fair.”

The Troy Shrine Club has worked extremely hard to make the Pike County Fair a great success. Shriner Freddie Turner said that, in all the years the Troy Shrine Club has sponsored the county fair, nothing like that has happened. “It was devastating to all of us and I’m sure disappointing to those who came,” he said. “We just hope everybody understands and will come on back and have a good time.”