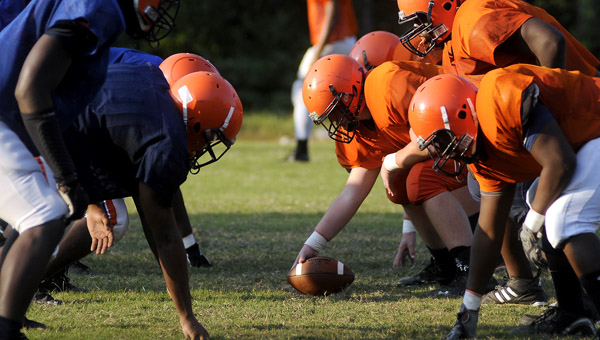 A shot at redemption is what is at stake Friday night in Veterans Memorial Stadium.

After being shutout on the road against region foe Valley last week, the Charles Henderson Trojans will look to get back on track at home.

In order to do so, it must take out a team it has a long-standing rivalry with in Greenville.

“We didn’t expect (that loss) to happen, but we didn’t play very well. You can’t struggle offensively against the kind of competition we play against.

“You got to be better than that, especially against teams in our region,” he added.

While GHS is not an 5A Region 2 opponent, the game means just as much as if it was a region game.

“This is a game for us to prove we are better than what we showed last week,” Fountain said.

“Greenville and Charles Henderson have played a lot of football against one another throughout the years.

“This is a football game that both communities take a lot of pride in,” he said.

Friday’s matchup will be the 58th time the Trojans and the Tigers have met on the gridiron, with CHHS leading the all-time series, 31-25-1.

Fountain and company are hoping the Tigers do not make two seasons in a row.

“They are off to a great start already, at 3-1. From what I have seen this season, they haven’t missed a beat from last year.

“They are an outstanding football team,” he added.

What makes the Tigers so outstanding is the players it has behind the line.

Quarterback Kent Riley and tailback Patrick Bedgood have both proven to be difficult to stop as they have led the way for a Tiger offense that has already put up 155 points on the board.

Riley, who is a sophomore and first year starter, was a Alabama Sports Writers Association nominee for Offensive Player of the Week against Paul Bryant two weeks ago for his 222 rushing yards, four touchdowns and 90 passing-yard performance.

“Both (Riley and Bedgood) have been explosive for Greenville this season. They make for a good double-threat.”

As for how CHHS plans to stop the Tiger offense, Fountain said his team has worked on the fundamentals in practice this week.

“We are going to back to the basics,” the coach said. “Working on tackling and basic schemes.

“After a the loss to Valley, we had a chance to regroup and work on the areas where we need to improve on – and that’s what we have done so far.”

There will be one person attending Friday night’s game that has a connection with both teams.

Now, the tables have turned.

“This is exciting for me,” she said about the game. “I’m looking forward to watching what should be a great game.”

In an effort to have the students match her own excitement, there have been different activities going on around campus this week – one of which involves the surrounding community as well. Tickets for the game will be sold at half price for any student who wants to purchase one today at the school.

“We are looking for a big crowd at the game,” Dr. Murphy said.

“We know our Trojans are going to play hard and hopefully, at the end of the night, the Tigers will head back home with their tails between their legs.”

The Trojans will play host to the Tigers Friday night, with a kick off scheduled for 7 p.m.