He has been to the state finals with the Charles Henderson Trojans and he has won a state championship with the Troy American Legion Post 70 Trojans, but now Chance Shaver can add one more accomplishment to the list.

Shaver, a rising baseball senior, will represent his school later this month when he suits up for the South squad in the North-South game during the Alabama All-Star Sports Week in Huntsville July 12-17.

“I was pretty surprised when I found out,” Shaver said. “I was pretty excited about it. I think it is a big honor to go represent Charles Henderson.”

Shaver said there is one aspect of his game that definitely did not put him with the other 15 members of the South squad in the annual all-star game.

“It was definitely not my hitting,” he said. “I had a slow start getting back from a finger injury and I wasn’t doing much at the plate, but I didn’t make many errors the whole season. I guess I made a few good plays that got me there.”

The Trojan shortstop gives the Trojans a solid glove up the middle of the infield and CHHS head coach Derek Irons is glad to have him one more year.

“Chance had a great junior year for us,” Irons said. “He played every single game at shortstop and he was very good defensively. I was very pleased to see they recognized his efforts. I think the biggest thing for (Chance) is his stability on defense and how sound he is. He makes so many plays that really are not routine routinely. That is outstanding and if you have a guy you can put in that shortstop position and know he is going to be sound, that is huge.”

Shaver may not be high on himself at the plate, but Irons said Shaver knew how to get the job done.

“He had some big hits for us and he was a clutch player, which is important to have,” Irons said. “He was a catalyst for our offense. A lot of times he would get big innings going.”

Shaver will not be alone in Huntsville. Fellow rising baseball senior K.D. Edenfield will be in the same dugout as Shaver.

“It is cool and I like K.D.,” Shaver said. “I think we will have a good time at the game up there. It is cool to be going with so many of my classmates. It would be weird going up there by yourself. It is always good to meet new people, but it is always nice to know somebody.”

Shaver is aiming to play at the next level and he said he is attending showcases across the area to try and put himself out there for the many college coaches to take a look at.

The baseball doubleheader begins at 4 p.m. July 13. It will be played at Joe Davis Stadium, home of the AA Huntsville Stars of the Milwaukee Brewers organization. 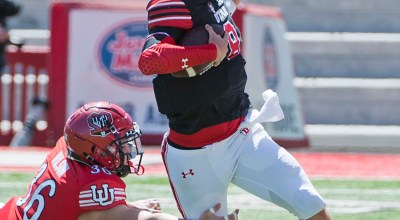