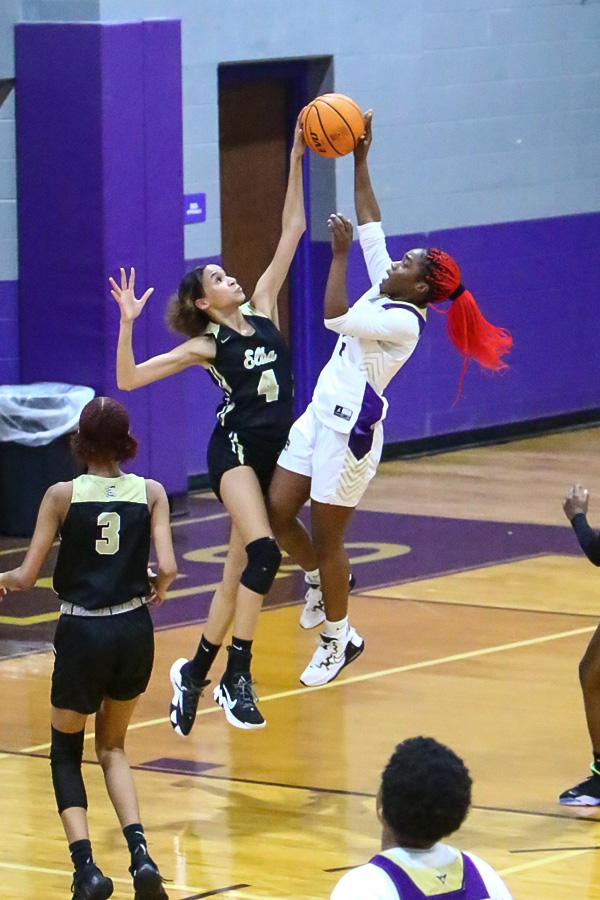 Alyssa Sparks (3) and the Goshen Lady Eagles dropped a game to Elba at home on Dec. 8. (Photo by April Brown/ABC Photography)

The Goshen High School boys and girls basketball teams hosted the Elba Tigers and Elba Lady Tigers on Thursday night with Elba picking up wins in both games.

The Eagles led for much of the game but were outscored 15-7 in the final period to give the Tigers a 40-33 win. Szemerick Andrews scored eight points and Makayel McBryde scored eight for the Eagles, while Cody Gray and Cameron Gray led Elba with 11 points each.

The Eagles will travel to McKenzie on Dec. 12. 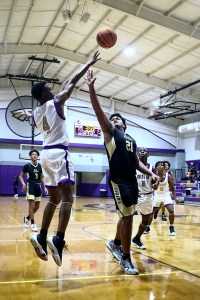 KJ Bristow (4) and the Eagles also lost to Elba at home. (Photo by April Brown)

The Lady Eagles battled it out with the Lady Tigers in a slugfest of a game that saw Elba come away with a 37-31 win. The Lady Tigers jumped out to a 5-0 lead in the first quarter before a Lady Eagle 5-0 run tied the score with 2:20 remaining in the opening period. Elba went on a 6-0 run to end the period to take an 11-5 lead into the second quarter. Elba also outscored Goshen 10-9 in the second quarter to hold a 21-14 lead at halftime.

Goshen’s Alyssa Sparks began to take over in the third quarter, scoring eight straight points to cut the Elba lead to 25-22. Goshen’s AJ Rogers then capped off the 14-0 run by scoring six straight points to give the Lady Eagles their first lead of the game, 28-25 with 15 seconds left in the third. Elba managed to cut the lead to 28-27 going into the final period, however.

Elba retook the lead with 6:45 left in the game and then went on an 8-0 run to go up 35-28 with 4:19 left. Goshen was only able to score three more points in the final four minutes as Elba held on for the win.

The Lady Eagles will also battle McKenzie on the road on Dec. 12.