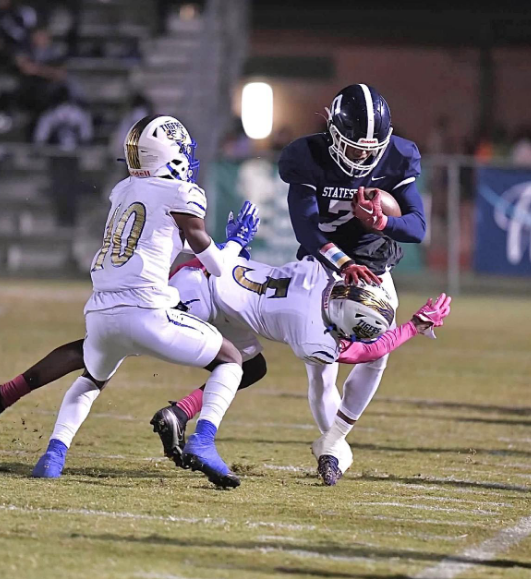 Statesboro running back Jordan Lovett committed to Troy on Dec. 7.

Lovett is a 6-foot, 190-pound athlete that stars in both football and track and field at Statesboro High School. Lovett rushed for 1,035 yards and 11 touchdowns in 2022. He plays running back, receiver and defensive back in high school. Lovett was also a part of Statesboro’s 4×200-meter relay team that placed fifth overall in the state last season.