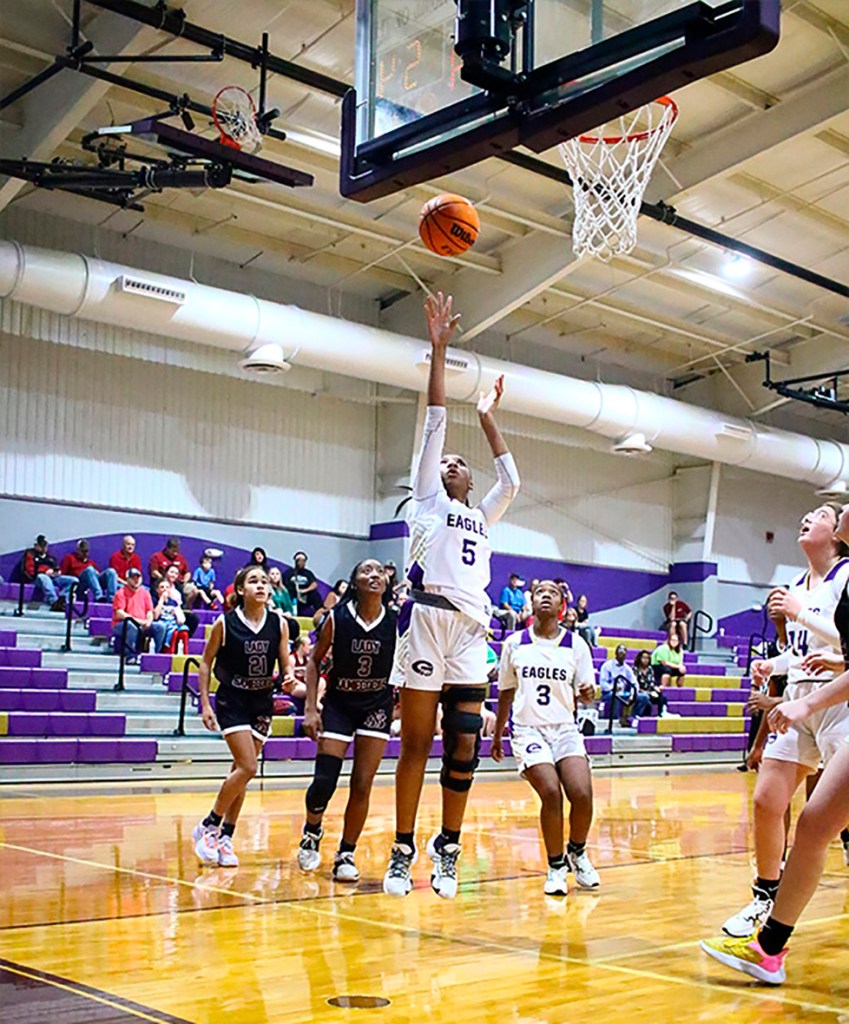 On Tuesday, Dec. 6, the Goshen Lady Eagles picked up a dominant 41-16 win over the New Brockton Lady Eagles at home.

In the third quarter, the Lady Gamecocks turned up the pressure with a full court press and managed to force a number of turnovers, and tied Goshen’s scoring output in the period with both teams scoring seven points. Still, the Lady Eagles led 27-12 going into the fourth.

Goshen put the game away by outscoring New Brockton 14-4 in the fourth quarter, going on a 10-0 run to start the period, to walk away with a 41-16 victory.

The Lady Eagles forced an eye-popping 32 turnovers with 28 steals as a team. Goshen also blocked 10 shots no the night and outrebounded New Brockton 41-36.

The Lady Eagles play Elba at home tonight at 5:30 p.m.