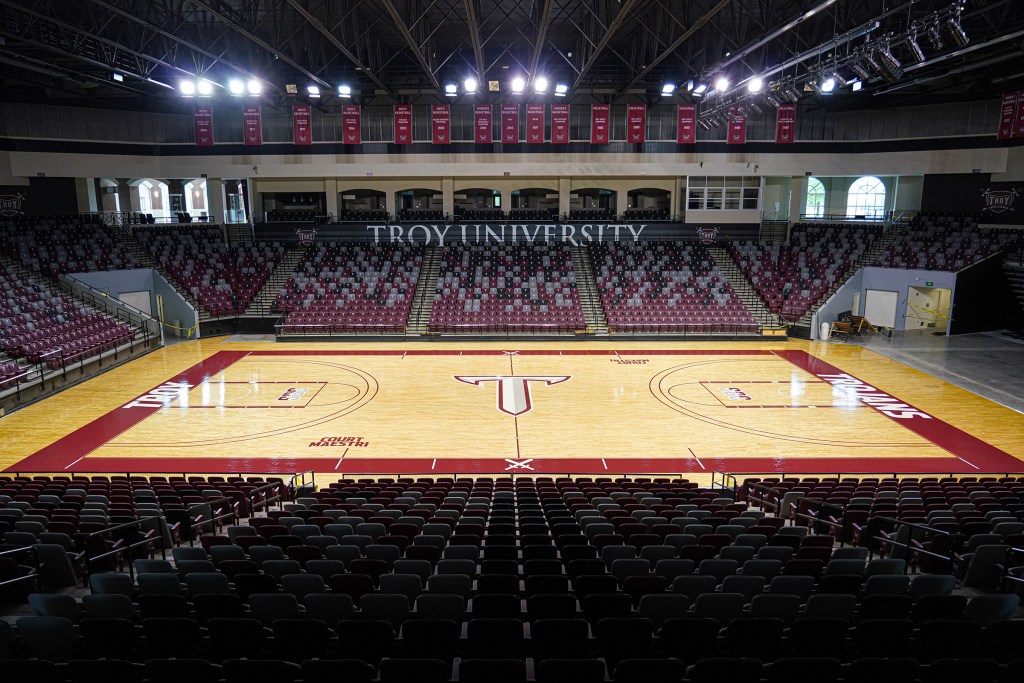 The Troy Trojans football team will be on hand at Trojan Arena for the men’s and women’s basketball doubleheader on Dec. 10 for a special “Bowl Social” with fans.

Troy football coach Jon Sumrall will be in the rotunda of Trojan Arena from 3:45 until 4:45 p.m. to meet fans and take pictures with the Sun Belt Championship Trophy. There will also be complimentary food and drinks on hand for fans during the meet and greet. Those fans that have purchased bowl tickets or Community Hero Bowl tickets will also be able to pick up their Cure Bowl poster at the Trojan Arena Guest Services Booth and have it autographed by Sumrall.

The Troy Athletics staff will be on hand to assist with purchasing Cure Bowl tickets and any fans who purchase a ticket at the event will receive a Cure Bowl poster that can be signed by Sumrall.

Tickets for the doubleheader can be purchased at TroyTrojans.com/tickets.