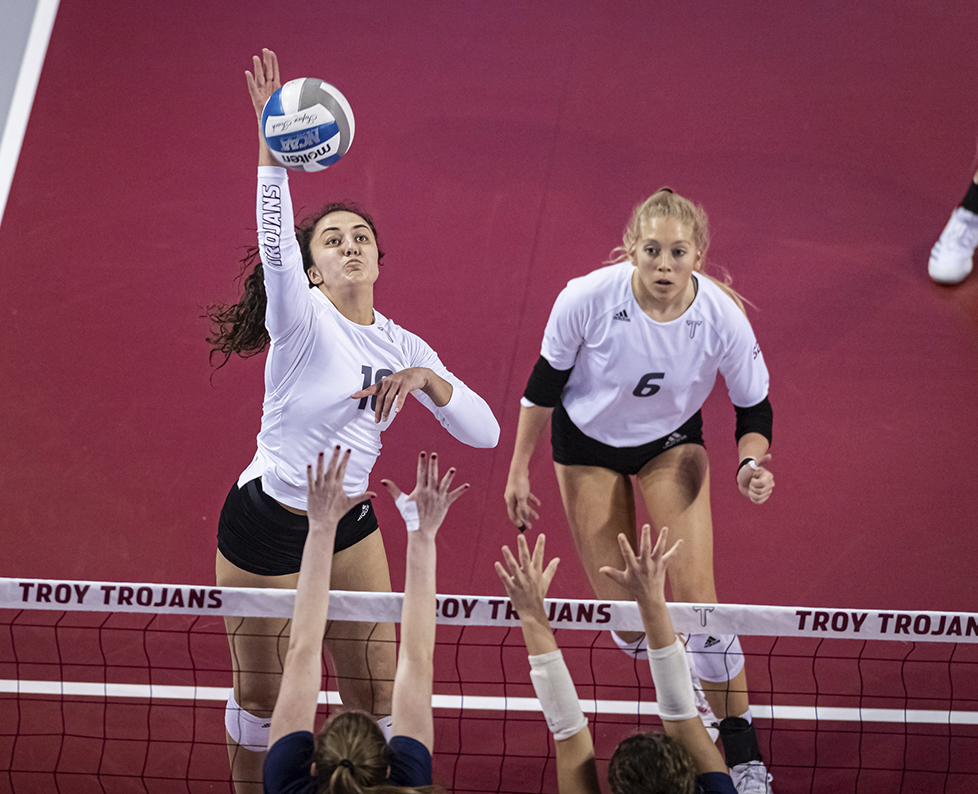 Halston Hillier (18) and the Trojans fell to UT-Martin in the NIVC. (Photo courtesy of Troy University Athletics)

The Troy Trojans (18-13) saw their 2022 season come to an end on Thursday night in a 3-0 defeat at the hands of the UT-Martin Skyhawks in the opening round of the National Invitational Volleyball Championship (NIVC) Tournament.

It was Troy’s third consecutive appearance in the NIVC and second straight season hosting the first round. It’s the first season, though, that Troy has not made it out of the first round of the NIVC. Still, the Trojans end 2022 with the most Sun Belt Conference wins in program history and the most consecutive wins in a season. This is also Troy’s fourth consecutive winning season, which is the first time in Troy volleyball history. A number of Trojan players also set school records this season.