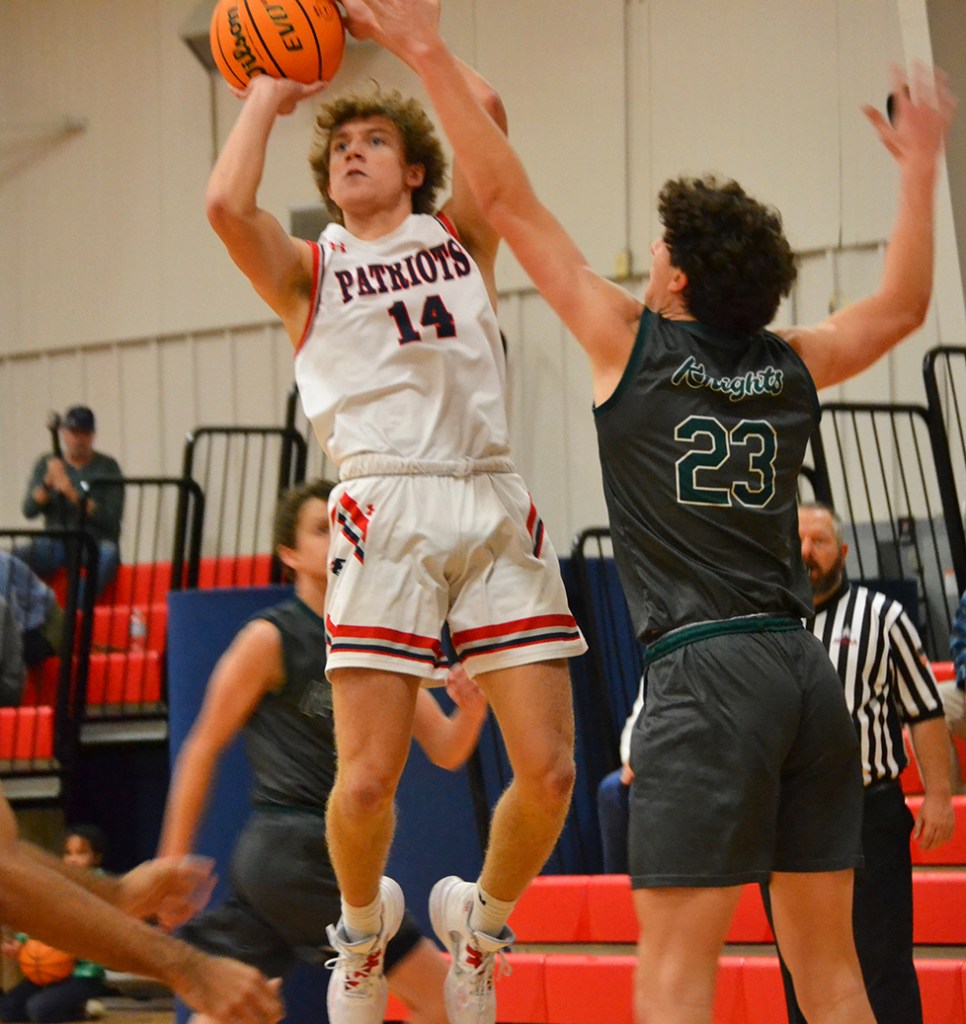 Levi Deboer (14) knocks down a jumper against Northside Methodist. (Photo by Josh Boutwell)

The Patriots fell 51-41 but hung tough for the majority of the game. Northside Methodist took an 11-6 lead into the second quarter and led 22-16 at halftime. The Knights created some separation in the third quarter – outscoring the Pats 12-6 in the period – and led by as many as 13 early in the fourth quarter before the Patriots began to rally. Pike’s Levi Deboer hit a jumper with just under a minute remaining to cut the lead to eight points and the Patriots cut the lead to single digits two other times but that was as close as they would come as Northside held on for the win. 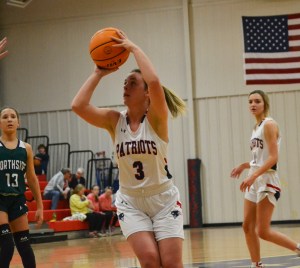 The Lady Patriots led early against Northside Methodist but couldn’t sustain the lead and ended up falling 38-14. PLAS jumped out to a 6-5 lead in the first quarter off a pair of three-pointers from Brooklyn Fountain and Indi Carter. Northside Methodist managed to take a 11-8 lead into halftime, and the second half belonged to the Lady Knights as Northside Methodist outscored PLAS 27-6 in the third and fourth quarters.

PLAS is off for the remainder of November and returns to the court on Dec. 5 for a road matchup with Trinity Presbyterian.